Soda tax would leave Canadians poorer, but no healthier

In his Financial Post column, AIMS Senior Fellow Patrick Luciani addresses asinine soda taxes. “Advocates keep insisting that taxes are just one policy … to be implemented to help fight obesity. But if we know taxes don’t work, why do these people insist on pushing them on us at all?” Read the full article on the Financial Post website. 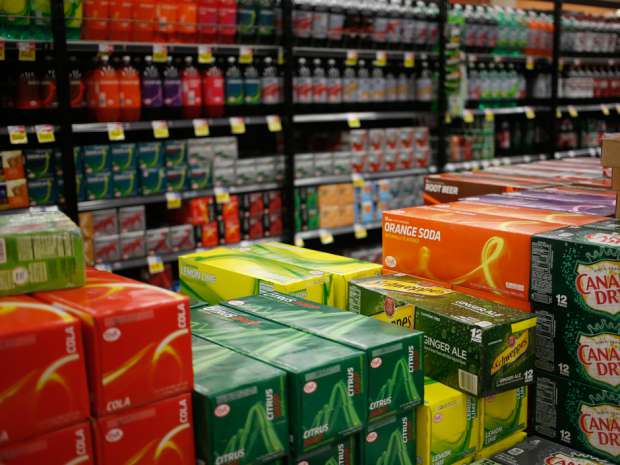 The media loves soft drink taxes. In 2014, after Mexico passed a 10 per cent tax on sugary drinks to fight obesity, the press coverage was almost universal in its praise and support. In Britain, The Guardian called the move “groundbreaking” and imagined it providing evidence to justify similar laws in countries and cities around the world. A report from Wired would claim the soda tax was working as intended, and that countries around the world should follow Mexico’s lead. NPR and The New York Times both credited lower pop sales in Mexico to the new tax.

All this attention came from a University of North Carolina study — conducted by Professor Barry Popkin — that found Mexican soda sales fell in 2014. From that, it looked to enthusiastic reporters like the tax was working. But one year’s evidence is a poor basis on which to create any policy. Even Popkin admitted that the sales drop could be explained by other factors, such as a weak economy. Sales volumes of carbonated soft drinks were already slipping in 2013, before the soda tax was implemented.

That didn’t stand in the way of Canadian senators who in their “Obesity in Canada” report released in March recommended similar taxes, even though the report acknowledged we are still “awaiting an assessment of Mexico’s experience.” Too impatient for that, the Senate’s standing committee on social affairs, science and technology heard from a steady stream of health advocates on how bad sugar is for us. The committee even brought in extreme anti-sugar advocate, Dr. Robert Lustig, who claims sugar is a poison and should be regulated as such.

Just two months later, the results of that vaunted Mexican soda tax are looking a lot more like a bust in terms of lowering the long-term sales of sugary drinks. After sliding in 2013, and more in 2014 after the tax began, pop was fizzing again in 2015, up 0.5 per cent. Last week, the country’s largest Coca Cola bottler reported that soda volumes in the first quarter were up 5.5 per cent over the previous year. The country’s No. 2 bottler reported an 11 per cent surge. This isn’t sugar-free stuff: It’s the full-calorie products that both Coke and Pepsi report gaining market share.

The tax did work in one respect, however: it raised over US$2 billion, mainly from low-income workers. That economic burden is why even Bernie Sanders is against a soda tax for America.

Yet, not one economist was called before the Senate committee to give testimony on the effectiveness of higher sugar taxes. Although, one key witness was the head of the Canadian Diabetes Association, Dr. Jan Hux. In response to a previous column of mine, she wrote to the Post insisting the “evidence is irrefutable that a tax on sugar-sweetened beverages decreases consumption — shown in Finland, Hungary, France, and Mexico.” The Mexican experience now shows the claim is not just refutable — it’s false.

In the U.S., studies from the Rand Corporation support the claim that sales taxes have had little effect on the consumption of soft drinks. If they show anything, it’s that taxes have to be very high to have any effect. But even taxing all junk foods by 100 per cent would have marginal effects on weight gain, simply because food is relatively cheap as a share of disposable income.

Meanwhile, sugar consumption keeps naturally falling in the U.S. and Canada even as obesity rates have climbed. Even Marion Nestle, the well-know health advocate and author of the book Soda Politics, admitted to being baffled as to why obesity doesn’t seem to level off with a decline in sugary pop. The reason is that consumers don’t save calories as they decrease the consumption of one item: we make it up with other fattening drinks and foods.

Advocates keep insisting that taxes are just one policy in a range of other policies and programs that have to be implemented to help fight obesity. But if we know taxes don’t work, why do these people insist on pushing them on us at all?

Maybe because taxes mean more money. The Senate hearings were dominated by health advocates and associations arguing that not only should sugar taxes be used to change behaviour, but the government should use the revenues to promote “healthy living.” And who better to do that job than the health organizations themselves?

And so the crusade to tax soda plows on, despite the lack of evidence that it improves public health. In the U.K., the governing Conservatives are embarking on their own soda tax in 2017, hoping to raise revenue and lower obesity levels. They will succeed on the first point, but not the second, leaving Britons poorer but no healthier. Let’s hope the Canadian government doesn’t try doing that to taxpayers here.

Patrick Luciani is senior fellow at the Atlantic Institute for Market Studies.