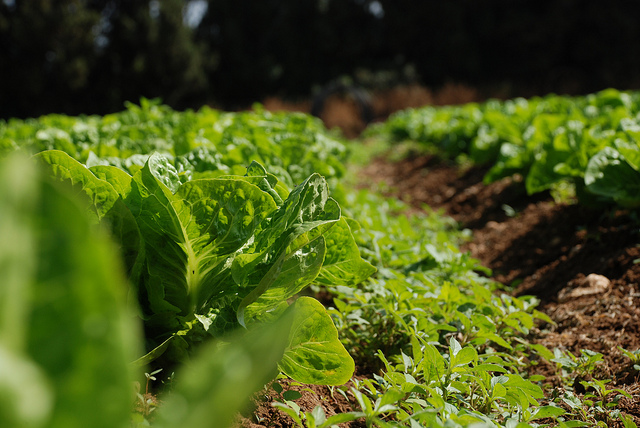 “For the most part, the Canadian agri-food sector cheered the 2017 Federal budget. With a few dollars short, innovation and infrastructure were properly addressed in this budget. But the budget’s total license on policy reform and strategic frameworks will likely make many nervous.”

For anyone involved with the food sector the most recent Morneau budget was filled with optimism and hope. Ottawa has made a point to make the agri-food sector a place to invest and foster innovation. It was a long time coming as many have been waiting for this day for years. In fact, Ottawa aims to grow Canada’s agri-food exports to at least $75 billion annually by 2025 and make our country a trading powerhouse. Given we already export over $56 billion worth of agri-food products, $75 billion does not seem like much. Still, the point is we have underachieved long enough and it is time to think differently about our agri-food potential.

Innovation was the overarching theme in this budget. Innovation was mentioned almost on every page of the budget document. Some provisions were more specifically allocated to research in genomics, while a modest sum was dedicated to research more broadly. Climate change was explicitly mentioned as an innovation driver. However, the document was unclear as to how funds would attempt to motivate the sector in making better connections between what we produce and what consumers are looking for domestically and abroad. Such connections need to be achieved despite our most significant disadvantage—namely our Nordic climate. Most importantly, developing new products for an increasingly diverse consumer-base is problematic. We have recently seen more companies issue calls for innovative ideas to the broader public and research institutions. Loblaw, Agropur and a few other companies have seen great progress with fresh new programs. A great step forward, but Ottawa could act as a catalyst to entice more companies to follow suit.

An important focus within the budget were logistics and supply chains, as moving products across the country is our greatest challenge when expanding our agri-food sector. More than $12 billion will be invested in gateways, ports, bridges, and roads to make trading more efficient. While this sum is not a great amount, it nonetheless demonstrates support for Canada’s agri-food producers. This follows Harper’s wake-up call in 2005 when the government decided to invest in the Gateway and Corridor initiative. The Conservatives should be credited for drawing our attention to Canada’s logistical deficiencies, and so should the Liberals for continuing the work.

Connectivity is also important. Following the CRTC’s recommendation a few months ago, Ottawa intends to invest $500 million to support the expansion of broadband connections in rural Canada. This is excellent news for our farmers who are increasingly becoming market savvy. Since markets can change in an instant these days, it is important to make every trading minute count. The other good news for processing is the elimination of tariffs on a wide-ranging list of ingredients, including cereals and grains, fats and oils, fruits and vegetable, and food preparations and chocolate products. This could help processors save more than $200 million per year in cost. This would make our sector cover approximately $700 million in annual imports, and strengthen the competitiveness of Canadian agri-food manufacturers at home and abroad.

However, there were some disappointments. The budget did not suggest any timelines or framework to increase trades between provinces, which is a significant challenge. There was also nothing mentioned about the crisis state of supply managed sectors, which includes dairy, poultry and eggs. Additionally, the budget did not provide any suggestions on how Ottawa intends to modernize the Temporary Foreign Worker Program, which is critical for the agri-food sector, particularly in processing. The budget also does not mention how Ottawa intends to grow the industry for northern communities.

Finally, the budget document makes Growing Forward 3 a priority for 2018. Typically, we end up with a vague five-year plan which outlines very uncommitting programs for the future. It has been more about growing pains than growing forward. Our past frameworks have been supported with a budget rarely exceeding $5 billion. In the United States the uncompromising Farm Bill is a massive enterprise that is worth almost one trillion $USD. Of course there are many things wrong with the Farm Bill, but at least Americans have a vision for their agri-food sector, which combines production with consumption. To grant Canada with such a similar, powerful vision the next installment of Growing Forward should be worth at least $100 billion over the next several years. That is the commitment the sector deserves in order to make a difference in the world.

If Ottawa really wants to make Canada’s agri-food sector a leading economic engine for the country then, in the grand scheme of things, the $75 billion target is merely just a suggestion. It would also need to make the proper investment to be taken seriously. Although a few dollars short, the innovation and infrastructure portfolios were addressed in this budget. Now it is time to back it up with some real policy changes to make our agri-food sector competitive without trying to please everyone. If we do so, then that $75 billion by 2025 target should be around $100 billion.