Corporate social responsibility has gone off the rails

Corporate social responsibility has gone off the rails

AIMS Senior Fellow Patrick Luciani argues in the Financial Post that today’s in-vogue language about corporate social responsibilities is bunk. “Why are businesses so ashamed to admit they’re in business to make money?” he asks, when “people-before-profits is just code for increasing the costs of goods for all of us.” Read this article in the Financial Post. 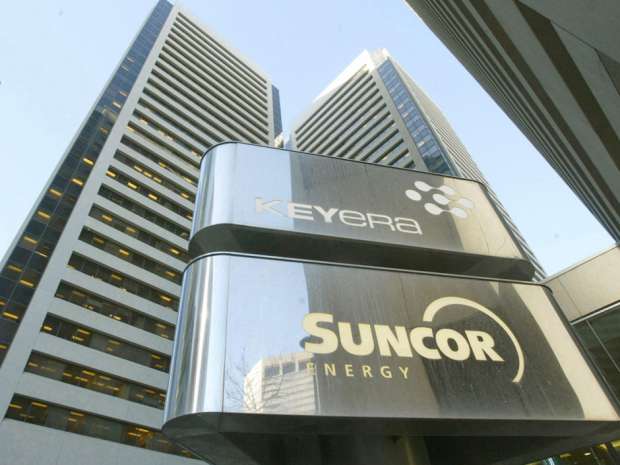 Groucho Marx once said, “when I hear the word culture I reach for my wallet.” We could easily replace culture for the more popular term “corporate social responsibility.” Maclean’s Magazine even puts out an annual list of Canada’s top “socially responsible corporations” that places communities, employees and the environment ahead of profits.

Prime Minister Trudeau can’t make a speech without mentioning the social responsibilities of companies. People-before-profits is just code for increasing the costs of goods for all of us.

Corporations are now going beyond corporate social responsibility and rushing headlong into changing social legislation, such as the case of North Carolina’s LGBT laws.

One can understand the motives of entertainers such as Bryan Adams and Pearl Jam canceling concerts; after all, it’s their money.

That’s not the case with public companies. The New Yorker reported that executives from over 80 companies, including Apple, Pfizer, Microsoft, PayPal and Deutsche Bank, are lobbying to pressure North Carolina’s governor to repeal the state’s new laws on which washroom people can use.

The same thing is happening in Georgia, where Disney threatens to stop making movies there, while GE, Pepsi, and Dow have criticized similar laws as being bad for their employees. I doubt shareholders have given permission to spend company money on any of these causes.

Then again it’s open season on capitalism and free markets, and everyone is taking a turn at bashing a system that has been the only economic system that has delivered prosperity to the world.

Over the past four decades, businesses have taken public relations beatings over oil spills, tales of corporate corruption from the 80s and 90s, the fall of Big Tobacco and the 2008 financial collapse. The energy business is even under threat for the ludicrous idea that it was withholding definitive proof that carbon emissions were destroying the environment.

In the U.S., Bernie Sanders has taken a torch to the reputations of businesses as criminal and immoral and “destroying the moral fabric” of the country.

But businesses only have themselves to blame for not defending themselves in these relentless attacks. Corporations suffer from Stockholm Syndrome and now support the very groups that have taken them hostage. How else does one explain companies such as Suncor, Enbridge and Hewlett-Packard hiring anti-business environmentalists to advise senior management on corporate policy? Even Power Corporation gives the Suzuki Foundation millions, although David Suzuki compares the oil industry to slavery and says we should jail politicians who don’t agree.

As reported in the Wall Street Journal, it was corporate America (Google, Facebook, and eBay) that abandoned the free-market American Legislative Exchange Council when challenged by environmental activists. Even California venture capital firm Social Capital – that name should tell you a lot – is more interested in diversity than profits.

Why are businesses so ashamed to admit they’re in business to make money?

Perhaps all those mandatory touchy-feely ethics courses at elite business schools have had an impact on executive behaviour to the point that senior managers have internalized the notion that business is evil and must make amends.

A new explanation is the hip “customer-driven capitalism.” That’s an idea put forward by Roger Martin, past dean of the Rotman School of Business at the University of Toronto. He argues that capitalism has evolved to the point where customers come first, and shareholders come last.

Martin’s poster boy for this new wave of thinking is Johnson and Johnson (J&J) and how it dealt with the Tylenol poisoning incident in 1982 by quickly taking all product off the shelves and signaling to customers that their needs came before profits. But Martin’s idea is old wine in new bottles. J&J was only protecting its brand and long-term profitability. Nothing new here.

Customer-driven capitalism is just another way of articulating the arguments in defense of free markets by Milton Friedman, who says that executives claiming they have a responsibility beyond profit are spewing rhetoric.

Executives are agents of their shareholders, and their primary responsibility is to maximize profits while behaving morally and obeying the law.

What makes any of these companies think they are speaking for me when they push propaganda to save the earth — as my local TD branch does – or promote gender diversity? If executives feel the need to change society, they can do it on their own time with their own money like the rest of us. Anything less is contrary to their fiduciary responsibilities and the interests of society.