Canada 150 a time for celebration and reflection

By MARCO NAVARRO-GÉNIE (President of AIMS) 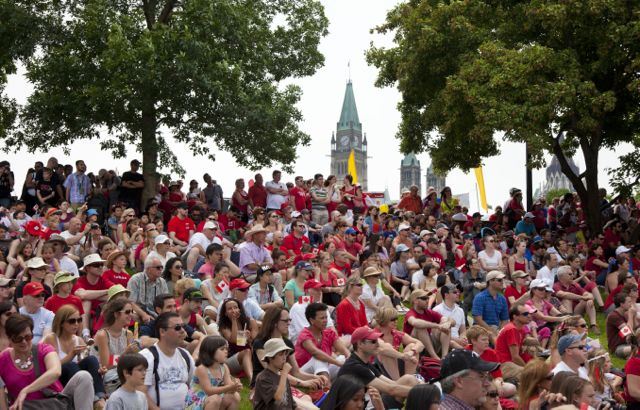 On its 150th birthday this weekend, Canadians celebrate their peaceful and prosperous country. It is also special occasion for those of us, born elsewhere, who have adopted Canada as our home. We especially know the gifts of Canada in contrast to other, less-stable places.

Canada 150 is a time to appreciate our accomplishments: the constitution, a multi-lingual and cosmopolitan democracy, strong international friendships and a generous view to other peoples. That Canada has succeeded in integrating so many different national identities, without compromising its essential character, is a great credit.

This is also a time to consider how our country could improve. Successful social periods are often met with disappointing versions of same. While Canada has weathered difficult circumstances from the Great Recession, new challenges abound.

Alberta, Saskatchewan and Newfoundland and Labrador, with economies closely tied to commodity prices for natural resources, face tough times with ebbed international markets. Ontario’s manufacturing heartland has not returned to the prosperity of earlier decades. Where growth occurs, exploding costs of living in major cities hamper many people from establishing themselves and getting ahead.

In the Maritimes, our provinces struggle to keep pace with the rest of Canada. We have managed meagre GDP growth in this century, which is nearly a fifth over. Outside the larger urban centres lies prevalent decay and stagnation – a common fate for rural areas throughout the region.

To boot, the Maritime provinces face demographic challenges, with young people moving away every year in search of better opportunities. Our populations are quickly ageing above national trends, providing a central policy challenge.

Canada also faces a new set of international uncertainties. Our closest friends – the United States, Great Britain and France – undergo political changes with unclear outcomes. Security and terrorism are germane concerns. A chaotic, post-American order gives rise to players such as Russia and China. A world once friendly to Canada and its benign interests may not always be so.

The federal government has made helpful overtures toward increasing military capacity, allowing us to take greater responsibility for our own defence. There could be numerous spin-offs: stronger armed capability would command a greater presence on the world stage, thus improving our negotiating position with more powerful states. It would also revitalize select pockets of the country – including in the Maritimes – with traditional ties to the defence sector.

We can do much else to beef up opportunities for prosperity. Chief among them is demography. Canada’s principal disadvantage is its small population relative to land area. To be a sturdier country in international terms, we need to grow our population – organically and through sensible immigration policies.

A second opportunity is economic policy. Canada has gotten by with corporate tax rates lower than its U.S. neighbour, but this will change if the Americans lower their rates. Many Canadian provinces, including Atlantic Canada, have high sub-national corporate rates that cancel the advantage of good federal policy and dissuade investment. Revisiting taxes in the interest of growth is of great concern.

Third, as our international trading relationships face rising tide of protectionism, greater internal trade becomes more important. Governments have fiddled about with discussions and agreements over the years – the new “Canadian Free Trade Agreement” being the latest – with the goal of reducing trade barriers.

These agreements have been flops, piling on more rules and managed trade within an ostensibly-united federation. Ottawa could lead by tearing down trade barriers unilaterally. Provinces can lead by seeking voluntary entry to the New West Partnership Trade Agreement, which has a ready-made set of standards and dispute mechanisms that could be adopted throughout the country.

Finally, we must settle the question of new infrastructure across provincial lines. Whether it is electricity transmission or pipelines to transport energy products, no jurisdiction should have a veto over another. For the sake of the national economy and the health of the federation, an acceptable process must be established for such projects.

Freer trade, sound economic policy, strong defence, and building national infrastructure were central pillars of Canada’s founding. What a great gift it would be for our country to revisit these principles on a great occasion. Happy Dominion Day!