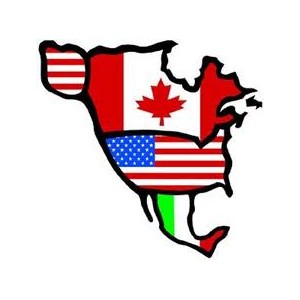 They may not know it yet, but the United States–Mexico–Canada Agreement (USMCA), or NAFTA 2.0, could become the watershed moment Canadian dairy farmers have been waiting for. The Trudeau government has committed to compensating the dairy sector for either lost sales, higher per-unit costs or the loss in value of quotas. The government has been clear on intent, but woefully short on details. What we can be sure of, however,  is that the amount the feds will come up with won’t be to  farmers’ liking. But giving billions away in compensation would be more damaging to farmers than the effects of the trade deal itself. If the Trudeau government really wants to support the sector in its pursuit for a brighter future, it should think beyond simply compensating for losses that do not actually exist.

First, the quota system itself has artificially created wealth for a small group of farmers. By restricting production and suppressing competition at the border, dairy farmers who received quotas for free when the system was established almost 50 years ago, have accumulated assets worth above $5 million. That’s per farm. For every liter produced, dairy farmers in Canada receive 72% more than the world average. As a result, the average family income for dairy farmers exceeds $160,000 which is well above the Canadian average. Dairy farmers are not part of an underprivileged group — far from it. Farmers do work punishing hours and should be much-admired for the work they do for all of us, but many other Canadians put in the same amount of work to and contribute equally to the economy. But for dairy farmers, wealth and salaries are theatrically inflated by a highly-protectionist system. Compensating affluent farmers when many other Canadians remain food insecure would be a political hard-sell.

A sense of entitlement and the belief that the system is real is so entrenched in the sector that it makes it impossible to have challenging conversations about the sector’s future and how it could move forward without quotas. It’s all economic fantasy for most people outside the system.

With supply management, the thinking has always been based on our own domestic needs. Obviously, allowing more imports can only be perceived as losses for the industry instead of an opportunity to expand and look for market openings. The new United States Mexico Canada Agreement adds to the pressure generated by two other trade agreements signed in the last few years. According to Dairy Farmers of Canada, market-share losses from recent trade deals with Asia, Europe, and now North America, total 18%, an amount worth $1.8-billion to milk producers. Given that supply management is about producing what the domestic market needs, that would equate to almost 1800 dairy farms we no longer need. It is a zero-sum game environment, with very few conversations about how about how to repurpose these farms.

Supply management’s legacy is about beliefs of economic relevance. Our sector has convinced itself that it is innovative and forward-looking, but it simply is not. Anyone who travels to the U.S., Europe, Australia or Asia would see how limited our dairy offering is in Canada — high quality but uniquely homogenous, a mirror image of our dairy sector. Ask anyone who has attempted to produce organic or raw milk in Canada, or even tried to market a new out-of-quota product can testify to how unbending the sector is.

Dairy farmers desperately need to become more market-focused and in sync with an increasingly fragmented market. With more allergies, intolerances, or different culinary traditions and tastes, consumers are looking for different food products. Imagine blue moon, banana cream or black cherry low-fat, lactose-free milk. These exist, but not in Canada. Vodka made from milk is also a product whose popularity is increasing, but other countries have beaten us to the punch.

The Canadian economy needed this deal, as supply management only represents 1%, so signing with the Americans and Mexico was critical. But before we make senseless decisions on how to support our dairy sector, a clear vision and strategy for its future is imperative, with a forward-looking focus on both domestic and foreign markets. The Canadian Dairy Commission will need to entice our dairy farms to become more competitive by changing the pricing formula which has been used to compensate farmers. Instead of going with averages, it should create high-performance benchmarks. Secondly, a quota system for export markets should be put in place which would allow new entrepreneurs, and new ways of thinking to enter the market. And finally, as other countries have done before us, an exit program should be created, and as soon as possible, to encourage farmers who don’t see themselves participating in an open economy. Not everyone wants to compete, but this should not be at the expense of hard-working taxpayers.

All of this can be achieved with minimal subsidies. At present, Canadian farmers are in fact less subsidized than American farmers, but just barely. In Canada, 9.6% of all farm revenues are subsidized compared to 9.9%, according to the OECD. In Australia, where a similar supply management scheme was dismantled in 2000, only 1.7% of general farm revenues are subsidies. Subsidies can help, only for a while, and should be considered as a stop-gap for farmers, not an industry norm.

Without these measures, any compensation given to dairy farmers can only be considered agricultural welfare, and our dairy farmers deserve better. Canadians expect more. This is the only way we can keep some of our Canadian dairy farms.