Slow death of cooking is gravy for food industry 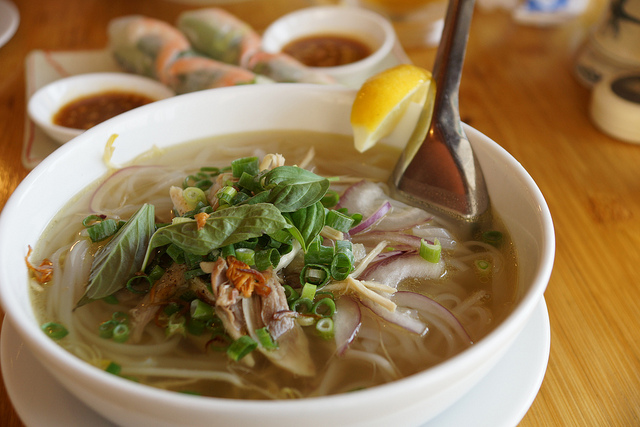 “Recent surveys suggest the average adult spends more time watching cooking shows than actually cooking. Cooking has become optional for most of us. That means we’ve relinquished control of what we eat to corporations. And those corporations want to provide us with conveniently served and easily prepared products — both healthy and not so healthy.”

Canadians are cooking less and eating faster — and our obesity rates are at worrying levels.

An increasing number of consumers are taking ownership of food systems, but taking control of our food systems can’t be fully achieved unless some cooking is involved.

Humans are the only species on Earth that cooks. But are we witnessing the slow death of cooking?

Home economics courses have almost completely disappeared from curriculum across the country and we may have lost at least one generation of cooks.

Although some reports suggest that more people are eating at home, restaurant revenues were up more than three per cent in 2016, a sign of growth in the industry.

As the food-service industry prospers, food retailing is almost at a stalemate. Canadian food retail sales were up a minuscule 0.7 per cent last year.

What we eat is changing — and how and where we eat is also rapidly changing. Technology has a lot to do with it as it alters the concepts of going out and eating in.

Consumer choices have never been so abundant: fast food, fine dining, food trucks, ready-to-eat products by traditional retailers and so much more. Eating at home can be equally confusing. You can “dine out” at home and you can cook a meal that’s been ordered in.

Yet much of society is obsessed with cooking shows and celebrity chefs.

Cooking shows have been on the air for more than 60 years, initially as women’s programming.

In the early years, viewers could watch a handful of hours a week of shows from experts like Julia Child or Jacques Pepin.

Now, Canadians have access to hundreds of hours of food-related shows a week. Shows on food have gone mainstream, attracting a new generation of viewers and sponsors. Cooking shows range from reality competitions to saving restaurants from going out of business.

Some are so incredibly well produced that they should compel you to go directly into the kitchen and cook the most exquisite meal. Yet evidence shows that’s not happening. In fact, recent surveys suggest the average adult spends more time watching cooking shows than cooking.

Even more disturbing is how these shows inspire some people. A recent study in England said 20 per cent of adults who cooked a full meal only did it to post pictures on social media. It’s not about learning cooking skills, it’s about showing off.

It would seem that many adults want to cook more, since they spend so much time watching cooking shows.

But, in fact, people aren’t cooking.

One fundamental and obvious reason is the integration of women in the workforce. As more women get better jobs and spend more time outside the household, they spend less time cooking. Having more women actively engaged in the workforce is critical to our economic growth. But as we pursue of socio-economic equality, we need to encourage everyone to invest more time in the kitchen.

There’s no better way to share our varied values and cultures than through food and cooking.

Yet cooking has become optional for most of us.

That means we’ve relinquished control of what we eat to corporations. And those corporations want to provide us with conveniently served and easily prepared products — both healthy and not so healthy.

For many years, the meaning of good and proper eating was imposed on consumers rather than driven by them. That, of course, is changing. More companies are responsive to our desire for more food product transparency, and to our desire for authentic food experiences. Essentially, an increasing number of consumers are taking ownership of food systems.

But consumers can’t truly gain control unless some cooking is involved. Cooking can make our food tastier, and more tender and digestible. And consumers can add their own touch to their meals, truly making it theirs.

Humans should have a precious relationship with food. However, modern life has caused most of us to drift away from that relationship.

We tend to think cooking is too challenging, that it requires too much time and costs too much. Those perspectives drive us to convenience foods — and out of the kitchen.

Even more troubling is the amount of time we spend eating, which is decreasing at an alarming rate. According to the Organization for Economic Co-operation and Development, the average Canadian spends less than an hour and 15 minutes eating each day.

Canadians should get back in the kitchen and get back to taking the time to enjoy our food. Perhaps if we do, our obesity rates will start to decline and we’ll be healthier in general.