In Halifax’s Chronicle Herald, AIMS President & CEO Marco Navarro-Génie argues that governments often sit around waiting for a big “silver bullet” to come and save their economies. With reference to the forthcoming Nova Scotia budget, government should focus on smaller but incremental ways to improve competitiveness and market certainty. Read the full piece in the Chronicle Herald. 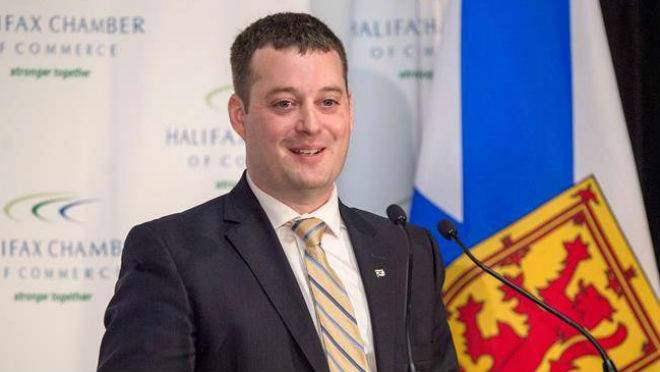 Budget season prompts us to reflect on basic economic questions. A good life rule is: don’t put all your eggs in one basket.

In public finances, balance is a sign of good management when the objective is a stronger economy and job creation.

The same economic wisdom also teaches there are no silver bullets. This cannot be repeated enough in Atlantic Canada. No single project or government program will miraculously rescue the region from its depressed economic waters.

For the sake of waiting for the next big solution or project to arrive, governments often pass up on smaller opportunities for needed fiscal reforms. The effect of small but bad policy decisions has a high cost.

For instance, continuous but haphazard tax increases keep hurting us. They seem small until you add them up.

In Nova Scotia’s Shameful Tax Facts, the Canadian Federation of Independent Businesses reveals our province to be one of the most uncompetitive jurisdictions in the country. The provincial income tax is the second highest in Canada. Someone earning $50,000 in British Columbia, which boasts the lowest personal income tax rates, contributes $8,633 in tax whereas the same person would pay $11,201 in Nova Scotia. That’s roughly 30 per cent more. Are we getting 30 per cent better services?

In addition, Nova Scotia’s basic personal exemption (the threshold before one begins paying income taxes) is $2,200 below the national average at $8,481. This hits low and modest income earners hardest. Although seven other provinces and the federal government adjust their tax brackets annually for inflation, Nova Scotia’s failure to do so means taxpayers are pushed into higher tax brackets by wage gains intended to offset the cost of living. This silent annual tax increase is called “bracket creep.”

Nova Scotia also features an uncompetitive business environment. The province’s small business threshold is $350,000, the lowest in Canada, and our corporate and HST rates are the highest at 16 per cent and 15 per cent.

The provincial fuel tax of 15.5¢ on each litre of gas, combined with the cost of regulating it plus our high HST, means residents and tourists pay the second-highest price for gasoline in the country. These taxes have an impact on everything transported in our province, from food to clothing.

We compete in a much larger world, so looking better than an Atlantic neighbour or Quebec is insufficient. We should measure ourselves with jurisdictions that are growing and give minimal subsidies to businesses, have lower debt and tax levels, lower gas and energy prices and more stable labour environments. These are among the many little things we need to address in Tuesday’s provincial budget.

The accumulated effect of getting the little things right is predictability. Evidence shows policy-driven uncertainty acts as a drag on economic growth. Beside the uncertainties of economic cycles, macroeconomic trends and world affairs, policy-driven uncertainty adds a detrimental layer to an economy. Such uncertainty, the Organization for Economic Co-operation and Development says, cuts investment and delays projects, reduces consumer confidence, makes it more difficult to find capital, slows down productivity, curtails research and development and reduces overall outputs. High policy uncertainty “coincides” with lower growth.

Focusing on getting budget policies right doesn’t mean big projects should be abandoned. The two are not mutually exclusive. Atlantic Canadians should push hard for the Energy East Pipeline. In fact, the better we take care of the little things, the more we will attract bigger investments.

The point of balancing our books is to diminish policy-induced uncertainty and set the conditions for growth. We should budget as a way to fix the many small things we need to get right in order to get on a robust economic track.