In New Brunswick’s Telegraph-Journal, AIMS Vice-President of Research John Williamson explains how recent changes to Canada’s employment insurance system undo the reforms of both the last Conservative government and the preceding Liberal one. The consequence will be a further enticement of young people away from school and full-time work. Read the article at the Telegraph-Journal here. 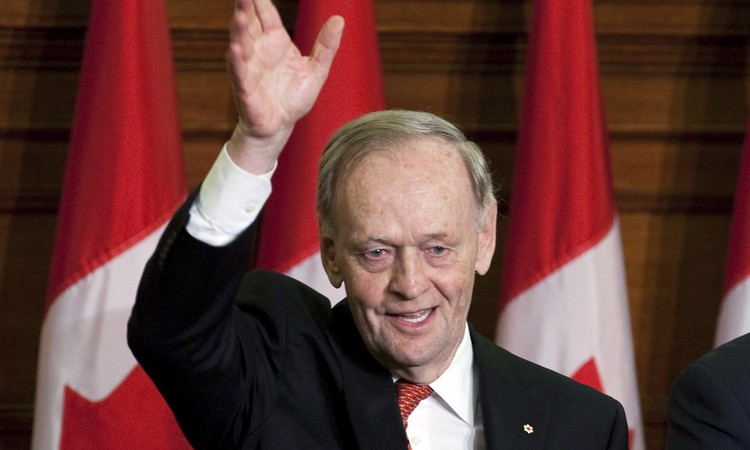 The Trudeau government made a series of changes to Canada’s Employment Insurance (EI) program in last month’s federal budget. Unemployed workers in provinces hit hardest by the energy sector downturn have received the most attention.

Few will argue with extending regular EI benefits by five weeks to out-of-work recipients living in areas where unemployment has increased by more than two percentage points. This includes northern Canada, much of Alberta and Saskatchewan as well as Newfoundland and Labrador. It is equally reasonable to provide an additional 20 weeks of coverage to long-tenured workers who have paid into EI and previously collected few if any benefits. The targeted and temporary nature of these additions mean people will return to work as the energy sector rebounds and the economy adjusts. And these added EI expenditures will drop accordingly.

In Atlantic Canada, the changes have mostly been considered through the lens of Prime Minister Justin Trudeau’s campaign commitment to loosen EI rules by repealing the reforms made by the Conservative government. And the new government is moving quickly on this.

Mr. Trudeau’s government is eliminating Conservative requirements on frequent and repeat EI claimants to accept work at slightly less pay and to consider marginally longer commutes to work. These changes were put in place to reverse a growing shortage of workers in areas of the country with high unemployment rates. Rescinding them will result in some unemployed workers overlooking certain job openings in favour of more time on EI.

But unexpectedly, the Trudeau government is also undoing important changes made by the last Liberal government by loosening national EI eligibility requirements for workers entering or re-entering the labour market. These rules were set by the Chrétien government, not Stephen Harper. Weakening them will work against Atlantic Canada’s already struggling economy.

Here’s why: starting in July 2016, the number of hours a young person entering the workforce and those re-entering the workforce required to qualify for EI will drop significantly from 910 hours – that’s approximately 24 weeks or nearly six months of work. Instead, new lower qualifying periods, which varies across the country, will range from 420 to 700 hours. (The threshold to qualify in Atlantic Canada will range from 420 to 665 hours.) The result is young workers in many parts of rural Atlantic Canada will soon be able to qualify for six months of EI benefits after working only 10 or 11 weeks of work. That’s less than half the time currently required by Ottawa to quality for benefits.

It is difficult to understand why the federal government would do this when Canada has gone down this road before. By relaxing eligibility requirements Ottawa is repeating mistakes made in the 1970s and 1980s that saw some workers get stuck in the EI trap. A trap that is enriched in Atlantic Canada since the number of weeks EI benefits can be collected is higher compared to the rest of the country. In contrast, workers in southern Manitoba need approximately 18 weeks of work to quality and benefits are paid for three and a half months.

Reducing the work requirement to qualify for EI from 24 weeks of work to as few as 10 weeks could again entice young Atlantic Canadians away from school and the workforce. We can predict this with great certainty because that is what occurred when the program was called Unemployment Insurance (UI). The economic harm done by lax qualifying rules prompted the federal government to rename and tighten the program in the 1990s.

“Studies show that people who become reliant on UI early in their working lives quickly begin to factor it into their annual work pattern. It can lead to a cycle of regular income supplementation,” concluded a Government of Canada report in 1995. “The incentive to mix spells of work with UI has been powerful enough to encourage some young people to quit school before they have acquired the basic skills needed to achieve more stable employment in today’s world of work.”

This problem was corrected by Jean Chrétien’s Liberal government. New entrants and re-entrants required at least 30 per cent more hours of work to quality for benefits. These Liberal reforms were the most significant changes made to EI since the program’s dramatic expansion in 1971.

By repealing the sensible changes made by Mr. Chrétien’s Liberals to keep young workers from getting hooked on EI, the Trudeau government is making it easier and more rewarding to go without a job for a longer period of time. Is this really what we need in Atlantic Canada?

We have great opportunities in our region, but it is difficult to take advantage of that opportunity when Ottawa’s EI program – with shorter qualifying requirements and longer benefit weeks – risks enticing young people away from regular work.

The vast majority of New Brunswick workers get up every morning, go to work and pay into EI like other Canadians. Most will rarely, if ever, need to collect it. But incentives matter. If Ottawa is willing to make it easier and more rewarding to forgo work by collecting EI benefits some – regardless of where they live in Canada – will willingly accept that bargain.

Atlantic Canada cannot succeed and prosper if Ottawa thinks a 52-week economy can be run on 10 or 11 weeks of work that pay EI benefits for six months. We need policies to grow our economy and change the way we’ve done things in the past.