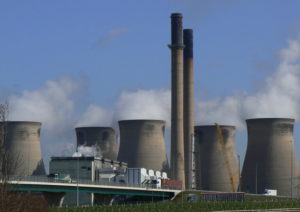 Last month, a pair of headlines questioned how conservatives could possibly oppose a carbon tax. One column, by political scientist Jim Farney, ran in the Calgary Herald under the headline: “Is there a conservative case against the carbon tax? Not really.” Then it was economist Christopher Ragan, whose column in the Globe & Mail was titled: “If you’re a Conservative who opposes carbon pricing, are you really a conservative?”

Ragan, the McGill professor who heads up the environmental think-tank Ecofiscal Commission, did carve out an important exception: Conservatives could reasonably oppose carbon taxes if they don’t believe climate change to be a serious problem. But otherwise, he wrote, principled conservatives must line up behind a carbon tax. Farney similarly argued that it is hard to see where conservative principles point “except towards a carbon tax.”

However, the conservative case for carbon taxes has a significant problem. For the same reason that a carbon tax is preferable to emissions regulations, conservatives should favour a “do nothing” approach from government over a carbon tax. (Importantly, this doesn’t mean inaction on climate change, it just means that the action should be taken by private individuals, not the government).

The conservative case for carbon taxes is that a tax allows more flexibility to the market as to how best to reduce emissions, and by how much. A government regulation approach is more costly because politicians are likely to prescribe poor solutions out of ignorance, or out of self-interest that benefits only politicians and rent-seekers, or some combination of the two.

The problem is that a carbon tax also relies on the good judgement of politicians. Professor Ragan has called for a “well-designed” carbon tax, but given politicians’ failed policies on even the simplest economic issues, what reason is there to suppose that they, conservative or otherwise, could properly design a carbon tax policy?

A well-designed policy, according to Ragan, would need to address the fact that a carbon tax would encourage many businesses in carbon-intensive industries to relocate to the United States – something that might be mitigated, he said, through “temporary support to these vulnerable sectors” and “incentives to reduce emissions without reducing employment.”

This seems fine, except that “temporary support” and “incentives” sound like a corporate welfare racket, and designing such a scheme would rely heavily on the discretion of politicians as to what industries should be supported, how, and for how long. Ironically, the inefficiencies of corporate welfare and the perils of relying on government discretion are the main arguments used in trying to convince conservative to embrace carbon taxes.

Indeed, even most proposals from self-described conservative carbon taxers would do more harm than good. Some have suggested simply refunding carbon tax revenues by sending rebate cheques to households, but this would reduce Canadians’ incomes, since carbon taxes discourage productive economic activity while rebate cheques do nothing to counteract this negative effect.

Using carbon tax revenues to cut income taxes is a much better idea, but the often-repeated line of carbon taxers that it is better to tax carbon emissions than income (since emissions are bad and income is good) is misleading. Economic activity relies on fossil fuels, so a carbon tax also targets income. But a carbon tax, by targeting industries unevenly, is likely to have a larger negative effect on income than an income tax.

At bottom, the question is whether a carbon tax would do more harm than good. The tax could accomplish some environmental benefit in the form of reduced emissions, but at what cost? Given politicians’ propensity to screw up – something all conservatives should be well aware of – the cost of carbon taxes is likely too high to justify its implementation.