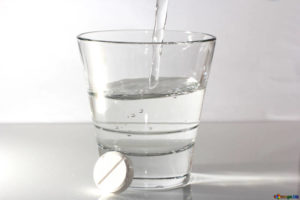 In California where litigation suits can be found more easily than drinking water, German giant Bayer was dealt a huge legal blow. Monsanto, now a subdivision of Bayer, was ordered to pay a whopping $289 million in damages, to one single person, a gardener, who is suffering from cancer, allegedly from using Monsanto products. Given that there are currently more than 5,000 of these cases in progress in the U.S. alone, it is fair to say things could get more complicated for Bayer.

Last year, Bayer bought Monsanto for $62 billion – all cash – in hopes to grow its business on both sides of the Atlantic and beyond. At the time, Bayer wanted its thriving crop science division to be complemented by Monsanto’s high performing chemicals and pesticides. The potential of capitalizing on market dynamics and resolving dissimilar sale cycles between divisions also made the deal attractive, with the possibility of making revenues more predictable regardless of commodity prices. And finally, given Germany’s lower tax rate versus that of the U.S., the deal provided substantial tax benefits to Bayer. This mega-acquisition was generally well received by the markets.

But Bayer did go in with a sobering and realistic approach regarding Monsanto. Knowing that Monsanto was damaged goods in the eyes of the public, due to years of attacks and criticism by environmentalist groups, Bayer vowed to dump the name Monsanto as well as its brands, while the products would remain the same. Everyone – Monsanto most of all – wanted the name to disappear. Anyone who has ever googled the word Monsanto will know that the name has been obliviated due to years of successful campaigning by influential voices.

Genetic engineering in agriculture has been a divisive issue for years now. Biotech companies, including Monsanto and Bayer, have been selling agricultural solutions to farmers for decades, but have only recently started to engage with the public. By the time the sector realized it had never really received a “social licence” from the public to operate it was too late, at least for Monsanto. Words like “Monsatan” and “Frankenfoods” were already widely used in media and social culture. Books, ads – most pieces were manufactured to nurture some sort of collective hatred towards the St-Louis-based company. Still, some studies suggest that most consumers are not capable of explaining what genetic engineering is, nor how it relates to agriculture.

This highly polarized public discourse points to the failure of the sector to properly communicate risks to the public, back when genetically modified crops were first produced in the early 1990s.

That political baggage is starting to sting now. After the California ruling, Bayer’s stock is in a nosedive. The Californian jury found Monsanto liable for selling glyphosate-based weed killers, including its Roundup brand, which according to certain studies causes cancer.  It’s not clear whether it does as there are more than 800 published studies suggesting the opposite. The Lancet, a reputable academic journal, and the International Agency for Research on Cancer both have suggested that glyphosate “may” cause cancer but have never stated any clear conclusions on the issue.

The jury in California deliberated for more than three days before concluding that Monsanto did not provide enough information to the plaintiff about cancer risks. In other words, regardless of the science, doubts remain, which may have influenced the jury in favour of the plaintiff. Bayer will appeal, of course, but few really know where things will end up.

Throughout these litigations, what remains unknown is how Monsanto’s past could potentially contaminate Bayer’s 156-year-old history. Bayer, or even other major players in the biotech sector were never really targeted by damaging crusades against genetically modified seeds and pesticides used in farming. In the public eye, the California ruling could trigger a new movement, a shift against the sector’s new menace, Bayer. With many cases to come, Bayer’s communications department will only get busier.

This ruling signals, if anything, that consumers had been taken for granted for far too long. Before the deal, while Monsanto was being viciously attacked, Bayer were mere on-lookers. By virtue of well-known consumer brands, the German giant had historically more exposure to the public than Monsanto has ever had, but this will now likely warrant a new chapter in the company’s public relations playbook.