Why are consumers going meatless? Has something to do with the economy

Why are consumers going meatless? Has something to do with the economy 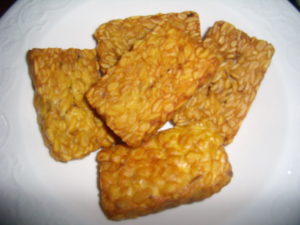 We seem to be living in an era in which the pleasure of eating is quite simply overpowered by values-based narratives in food consumption. And this is happening at an astonishing pace. Vegetarianism and veganism are both coming into their own, allowing more people to “come out of the cupboard” to speak openly about and affirm their commitment to a self-imposed diet. They’re doing it for animal welfare, the environment, health — whatever factor is deemed personally important. But make no mistake: this trend is an indication that the current economy is strong.

Human psychology has shown us that consumers traditionally indulge, ironically perhaps, in times of uncertainty. The fear of food insecurity is a very powerful force. Consumers who may lose their professional situation will often treat themselves with sweets and other often unhealthy offerings, just to forget about their own reality for a while.

It appears, though, that healthy eating habits are winning over indulgence these days. Once food security is achieved for a foreseeable future, or even if it is based on pure optics, many things can change. Science serves as a reminder that the food security concept must recognize the importance of food quality in a general sense, which includes considerations of food safety, nutrition and health as well as the experiential aspects of food shopping and consumption. This is likely where we are at in our present economic cycle.

Many years ago, conversations about food were about flavours, tastes and traditions. Today, we talk more about morals and values linked to how we consume food, simply because we can afford to do so. Stock markets are on a tear, and the unemployment rate is almost at an all-time low. Food is not just about survival, but rather more about making a socio-economic statement as much as a moral one. At social gatherings, some are now made to feel as though eating meat is a crime.

In the past, consumers recognised the limitations on their ability to influence the choices made available to them, and they often seemed doubtful about the potential for collective action to work. They made little connection between threats to global food supply and their own daily consumption practices. That has all changed, due to the abundance of time we now have.

Most of our time is spent looking at a screen, a computer, phone, television, or other portable device we have at hand. Technological advances coupled with our pursuit of convenience, have given us a lot more time to think about food in a different way. Grocery shopping and cooking at home takes less time than the pre-industrial practices of hunting or harvesting. With ready-to-eat food, or even ready to cook solutions we save even more time — time now spent on developing a philosophical attitude toward food consumption. Technology makes our lives simple, and with simplicity also comes greater coherent thought and enhanced self-awareness as a consumer and particularly, as a food consumer.

In the meantime, the industry is coping, and adapting quickly. A few stunning examples: McDonald’s is offering Big Macs without the meat, and according to some sources, the Beyond Burger campaign at A&W is having great success. We also have seen changes in packaging and labels to appeal to the increasing number of consumers who are rejecting the status quo, or anything that appears disconnected with a holistic view of the world.

But it all really comes down to how the economy is doing. The current unemployment rate is incredibly low, and according to Morneau Shepell, salaries should be going up by 2.6% on average over the next 12 months. More money in the consumer’s pocket will allow them to believe they can trade up, or perhaps sideways, when making food choices. It also gives families much needed financial help. What is also enticing consumers is a weaker than expected food inflation rate across the country. Food inflation remains more than 1% lower than the general inflation rate. So, prices have been less of an issue this year, although this is about to change.

Grocers are indicating that prices will increase due to tariffs. While the rationale of raising prices due to tariffs is highly disputable, when grocers use financial updates to let consumers know prices may go up, it is a sign. Loblaw and Metro have done it, and it would not be surprising if Sobeys follows suit. Food inflation should reach anywhere from 2% to 2.5% by year’s end.

Yet, even with higher food prices, the buoyant economy allows more of us to think about the ethical, environmental and moral implications of our food choices. And we can afford to — for now.