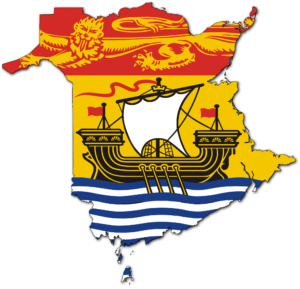 The new government in New Brunswick faces no shortage of challenges. One of the most important to address is the dearth of business investment in the region. According to data recently released by Statistics Canada, on a per capita basis in 2017, investment in non-residential structures, machinery, equipment, and intellectual property products was lower New Brunswick than anywhere else in the country except Prince Edward Island.

More specifically, last year New Brunswick’s level of business investment per capita was 41 percent below the national average. This is an important issue because investment makes workers more productive, creates better jobs, and drives income growth. How can the new provincial government help boost investment? One way is to speedily overturn the province’s moratorium on hydraulic fracturing.

Business investment in New Brunswick declined significantly in 2012, and since the fracking moratorium was imposed in 2014, investment as continued to stagnate. Real business investment per capita has remained approximately flat from 2012 to 2017, at levels more than one-quarter lower than during the preceding six years. Allowing fracking would be a positive step towards reversing this unfortunate trend.

Indeed, the development of natural resources is one of the biggest drivers of business investment in Canada. In Newfoundland and Labrador, Alberta, and Saskatchewan, investment per capita last year was about three to four times as high as in New Brunswick. In addition to drawing investment dollars into a region, natural resource development also makes a huge contribution to the standard of living of ordinary residents.

As economist Kevin Milligan wrote in the Globe and Mail earlier this year, “Without income derived from the resource boom, Canadian inequality and the well-being of the Canadian middle class would be much worse.” Milligan pointed to data showing that from 2000 to 2015, median earnings grew 27 percent in Alberta and 44 percent in Saskatchewan, compared to only 6 percent growth in Quebec and a regression of 4 percent in Ontario.

Importantly, overturning the fracking moratorium in New Brunswick would generate economic benefits that extend far beyond just those workers directly employed in the industry. Among other effects, a thriving resource sector would produce a fiscal windfall through additional royalty and tax revenues, which would create room for cutting personal and corporate income tax rates to fuel economic growth in other sectors.

Despite the clear economic benefits of overturning the fracking moratorium, fracking remains a controversial issue in New Brunswick due to environmental concerns. However, as the report of the Nova Scotia Independent Review Panel on Hydraulic Fracturing noted in 2014, “there is currently no evidence of catastrophic threats to public health in the short-to-medium term that would necessitate the banning of hydraulic fracturing outright.” Other research has similarly suggested that fracking bans are unjustified.

In 2015, the Fraser Institute published a summary of the findings of the Nova Scotia review and thirteen other reviews from government panels or that were published in top academic journals. The Fraser authors concluded that the “research on the safety of hydraulic fracturing confirms that while there are indeed risks from this process as there are with all industrial activities, they are for the most part readily managed with available technologies and best practices.”

Finally, overturning the ban on hydraulic fracturing should be the beginning a restorative effort to the business image of the province (and the region) in the long term. In order to attract more investment, New Brunswick will have work harder than simply declare itself open for business and overturn a ban, but it can send the correct signal that things are on a path to change.

The responsible course of action for the New Brunswick government, therefore, is to overturn the fracking moratorium. Given that the risks of fracking do not justify a ban, all the moratorium does is impede economic development and flatten business investment. This unfairly deprives many New Brunswick residents of good jobs, higher incomes, and a better standard of living.

Matthew Lau is a writer for and Marco Navarro-Genie is the president of,the Atlantic Institute for Market Studies (AIMS.ca).