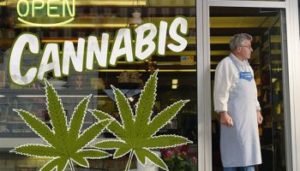 Allowing private cannabis retailers in Nova Scotia would be most consistent with the One Nova Scotia
Report and good for entrepreneurs. Yet, the online survey the Nova Scotia government organised to
“consult” the public about cannabis distribution betrayed a preference for the Nova Scotia Liquor
Corporation (NSLC) to monopolise retail.

New Brunswick and Ontario will expand their liquor-peddling operations into retailing cannabis out of
new facilities. Newfoundland and Labrador’s hybrid model will be a step up. Newfoundland will allow
private retailing, but the wholesale distribution will be left to the province’s liquor agency.

There are two solid reasons for Nova Scotia to adopt a private retail model, instead of government
monopolising the business: more entrepreneurship overall, giving rural entrepreneurs a chance to
participate, and better distribution.

More Nova Scotians could have the chance to own and run a small business in this new market of
medical and recreational cannabis.

The economic future of Nova Scotia, according to the Ivany Commission, rests in growing greater
entrepreneurship in the province, not in making government (or its agents) expand further and deeper
into the marketplace.

In rural communities, which have greater need for local enterprise to flourish, the sin of government
taking over cannabis retail will be worse. Understandably, even in rural communities there is likely a
preference for the largesse of NSLC salaries and benefits, instead of the sober compensation paid by
private enterprise. But the trade-off is that the NLSC model will take away two important elements from
rural communities: market autonomy and more enterprise.

Judging by the Ontario and New Brunswick cannabis retailing models, NLSC cannot open a new facility in
every community that wants (or can support) one. Ontario plans to have 150 (1 per every 91,000
people) and New Brunswick plans 20 stores (1 per every 38,000 people). In both cases, licit supply will
be limited. This means that government will decide what community gets a store, shutting others out of
the business even if they want it. Government will needlessly ration what market forces naturally
handle.

Even if NSLC jobs pay more than private outlets selling cannabis, the state model will only provide
salaried employees, and it will patriate its profits to government for priorities that may or may not
square with rural priorities. Conversely, private outlets also provide jobs to local economies, likely many
more than if government were in the business.

There are further benefits to communities in fostering enterprise and providing sound accessibility. One
is the potential for successful entrepreneurs to accumulate some capital, grow in the community, spin off into other areas of the market, and innovate in attempts to become more efficient, more market-
sensitive in their delivery and costs.

The question of cost-efficiency is also important because the lawful market needs to offer the product at
a similar or lower price than the illicit market. The same goes for reasonable availability. Too few
government retailers in Nova Scotia (10 outlets using the Ontario standard and 25 with the NB formula)
will have buyers driving by several illicit sellers on their way to the shiny new government store. That
will not keep profits away from organised crime as government promises.

Rural communities in this province (and in the Atlantic region) need more than the promise of a few
government jobs to sustain themselves. They need to develop greater entrepreneurial expertise and
experiment with productive and innovative means in the market.

A cannabis store alone will not save a rural community, but the decision on cannabis retail will test
government’s endorsement of the One Nova Scotia objectives. The cannabis market is the first new
market opportunity to appear in a generation. If the Nova Scotia government is serious about
supporting entrepreneurship, it will leave the market distribution of cannabis to the private sector. It
will regulate the lawful sale of cannabis tightly but lightly, and keep it out of the hands of its agents.

Marco Navarro-Génie is the President of the Atlantic Institute for Market Studies (AIMS.ca)