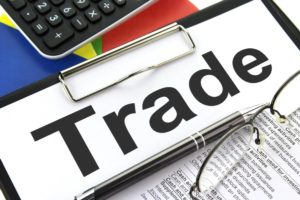 Relations between China and Canada have never been more uncertain. The SNC-Lavalin Affair has exposed the Trudeau government to attacks from Chinese authorities, who claim Canada has unfairly treated Huawei’s executive Meng Wanzhou. She was arrested in Vancouver in December, at the request of the U.S. due to allegations of a conspiracy to defraud banks. The Trudeau government has insisted that the decisions to arrest Wanzhou were non-political. However, in the light of the SNC-Lavalin Affair, which has made headlines around the world by now, the government’s repeated insistence that the arrest was non-political is less than convincing. Moreover, the arrest and impending trial makes us look like diplomatic amateurs. And we just recently heard that China is blocking canola shipments from Canada.

These incidents could not have happened at a worse time. With over 1.3 billion people, China represents a potent market for the Canadian agri-food sector, as seen in Ottawa’s trade talks in 2016 with the mighty Asian giant. In November 2018, both countries agreed to double agricultural trade by 2025. Canada currently exports roughly $7 billion worth in agricultural commodities and products to China yearly. We are not even close to being a top trading partner with China. Canola, seeds and oil represent more than half of our trade with China. This is why China’s decision on Canadian canola will hurt. Canada is China’s largest exporter of canola oil, seeds and meal, dried peas, flax and durum, the second largest supplier of barley and one of the most important supplier of pork products. This is what China knows about Canada. We should also not forget about maple syrup, but sales remain a drop in the bucket.

We can do better. However, what’s making many people loose sleep these days is the African swine feverwhich is affecting the hog sector in China presently. It is indeed the year of the pig in China, but so far it’s not the year they envisioned. China has a massive hog industry which produces almost 800 million pigs in a single year. This highly contagious disease is affecting herds in China, Vietnam and across Asia. Almost a million pigs have been culled due to the disease over the last several months and the situation is still not under control. Peasant farmers feeding their animals scraps are largely to blame for this disaster. Large, high-tech facilities in China have resisted the outbreak, but everyone is still on edge. The African swine fever is currently the most severe clinical disease to pigs and, to date, there is no remedy. Even if the fever poses no danger to human health, it is a serious threat to animals. The virus can remain viable in meat that has been frozen for three years.

China is the largest pork market in the world. It even has a strategic reserve of frozen pork. This is how seriously the Chinese take their pork. Yet with tensions mounting between Washington and Beijing, which has affected U.S. pork sales to China, this could be a great opportunity for Canadian hog producers. Canada produces more than 20 million pigs a year and more than 70% of our production is destined for export markets. In fact, Quebec produces more pigs in a year than it has people. The Canadian hog industry wants to do more business with China, but it may need to wait.

This fever is a reportable disease which means its presence in Canada would cause immediate border closures, similar to what we experienced with mad cow in 2003. Biosecurity experts say there is a real chance the fever could cross over to Canada and to the United States within a year. The fever can spread through feed and Canada imports pork from all over the world. If Canada finds one case, trades would cease, and several hog producers here would likely go bankrupt.

Backyard farming is the main problem in China as biosecurity practices are not adequate. The Chinese government is trying to address the issue. The spread of the disease has made consumers in China transitioned to beef, even if food safety risks for humans are extremely low. As a result of all of this, hog futures are higher than last year. This means, of course, that bacon, ribs, and ham could become more expensive as early as mid summer. Cattle futures, on the other hand, have swung in a different direction. Regardless, the African Swine fever could eventually affect our food budget, that is, if you are a pork eater.

So, our diplomatic woes with China may not be all bad news after all. With more trades with China, our $4.5 billion hog industry could have been more vulnerable than it is now. This industry is basically one case away from loosing billions. However, once the outbreak ends and the African swine fever goes away, it remains to be seen whether China wants our business.