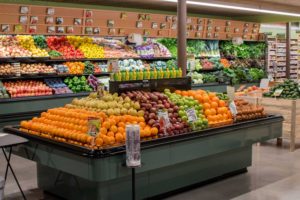 Downsizing is never easy, no matter what. And just weeks away from the Holidays, reducing staff is not good for morale. Yet changes in the grocery industry is causing grocers to rethink store structures, which includes laying off staff. Metro has let 250 people go in recent weeks. Loblaw also announced 500 layoffs earlier in the month. It was Sobeys’ turn recently when it announced it was reducing the number of employees by 800, which is about 2% of Empire’s workforce, Sobeys’ parent company. Some may believe layoffs at Sobeys are really about the failed Safeway deal, but there is more to the story.

Empire acquired Safeway in 2013 for almost $6b. It allegedly won a bidding war against Metro, as both companies wanted a better handle on the lucrative western market. The economy out West was flourishing which made a strong case for an acquisition. However, as the economy shifted, due mainly to oil prices, the merging of assets and the restructuring of the organization was poorly executed. Project Sunrise was launched earlier this year to help Sobeys simplify organizational structures and reduce costs. Given the recent financial results, Project Sunrise appears to be working.

Sobeys is clearly on a rebound. Operating costs are lower, the Safeway situation seems more contained and financial results are getting better. However, some store sales are barely moving, and foot traffic could be better. Unlike other grocers, Sobeys has a complicated structure, borderline confusing. Recent layoff announcements extend throughout the company, and not just at Empire’s head office. Sobeys’ model is highly decentralized. For local-market adaptation tactics and customization, such an approach helps. But in an environment in which food prices are under extreme market pressures, structural efficiencies are key.

Sobeys still has a long way to go. Empire shares are up 34% over the last 12 months, but its value is still lower than what it was 3 years ago, about 10% lower. Sobeys needs to do better in the months to come, but time is not necessarily a luxury the company has. The layoffs we have seen across the industry, more than 1500 jobs, are not just about minor strategic readjustments. A fundamental shift is happening in the industry, and no company is immune to these fluctuating market forces. Some may blame higher minimum wages in some provinces, yet this is a minor issue. Companies are dealing with Walmart’s and Costco’s increase in food space, and of course, the Amazon Effect. Amazon is not just forcing grocers to raise their competitive game, it also compels them to think differently about the consumer.

Many consumers still want to touch an apple, or squeeze a lemon before purchasing their groceries. There is also a growing number of consumers wondering if visiting a grocery store is the best use of their time. Young professionals, mainly Millennials, who have grown up with the internet, can see themselves buying groceries regularly online. The hassle of walking around a store and waiting in line to give their money to a clerk is not an appealing proposition.

Grocers have come to realize that they are ill-equipped to attract an ever-increasingly complicated marketplace. Often labelled as a very traditionalist sector, many employees in the sector have been trained to make decisions based on pure intuition. Meanwhile, disrupting companies like Amazon would consider intuitively-driven decisions to be taken at great peril.

Ever so slowly, more companies are hiring talent that embrace the power of data using artificial intelligence and predictive analytics. Companies typically have access to an abundance of data and market information, but had little or no capacity to process it. Recent layoffs in food distribution are not as much about job losses as they are about redefining business models. Anticipating what consumers will do in a world where several options are available to them will be critical. The use of proper automation also requires a different skill set, something grocers dearly need. Data smartness is in, intuition less so.

Regrettably, we should expect more layoffs, but many of these positions will be repurposed, however, these will not be reported about in the media. The food industry is preparing itself for a tsunami sparked by the evolution of data sciences in the sector. Since September 2016, food prices in Canada indicate that unprecedented macroeconomic headwinds are affecting the entire market. Long-lasting low interest rates have almost made food inflation an enigma. Offsetting the threatening blows of companies which do not need to sell food to make a profit is real, and the Whole Foods acquisition by Amazon this summer has only enticed grocers to move more quickly.

Grocers are not in panic mode, but they know what is out there is too big to ignore.