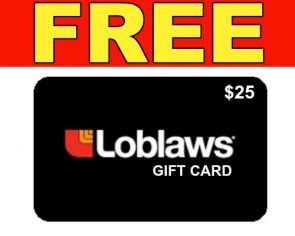 Loblaw’s’ gift of $25 to all Canadians has received mixed reviews. As of January 8, anyone can go online and register for a $25 gift card, to be redeemed at any Loblaw-owned stores. Last December, Loblaw confessed to running a price-fixing scheme on bread with Weston Bakeries, a sister company, as the supplier. While some are saying that gift cards are a good start, others state the amount is not nearly enough to properly compensate consumers for how much more they would have had to pay for bread.

To be clear, what was organized between Loblaw and Weston was never about simply raising retail price points. It was more about gaining more control to better manage margins that influence its competitive environment. Leading the trends that fluctuate is a key advantage in an environment where margins are razor-thin. In food retailing, it pays to be ahead of the curve. Loblaw and Weston were dominant enough to influence the behaviour of the market, and took advantage of this. This is illegal. If anything, Loblaw should be compensating its competitors, not Canadians. Not an easy concept to explain in a few words, but that is exactly what happened.

Loblaw’s genius was to spin the story in a way that made Canadians feel they were the ones in control, based on their own lay-person’s understanding of how the industry operates. The obscure intricacies of food distribution are foreign to many of us, which seems to have leveraged Loblaw’s strategy in the aftermath of its “mea culpa” in December.

The $25 is really just part of a smoke and mirrors ploy. Price fluctuations affect most sections of a grocery store on a daily basis. Prices rise and fall regularly, even for loss leaders – products sold at a lost to be used as bait to attract more customers. And bread, which is considered a quintessential staple of our dietary lifestyle, is indeed a loss leader, to the point where many bread products are even cheaper than they were in 2013. To claim that $25 is not enough for Canadians who felt cheated is based on flawed perceptions, unsubstantiated math and fairy dust, since there is little evidence that the price-fixing scheme actually affected Canadians financially.

Ever since Loblaw admitted to having broken the law, the ensuing narrative has overshadowed the story behind Loblaw and Weston. Everyone is talking about the $25 gift certificate – brilliant. Few care how the law was broken, focusing instead on the idea that consumers were simply extorted. Loblaw has beautifully positioned these gift cards as an effective distraction, causing the public discourse to shift to something else. Few are asking how can a company the size of Loblaw would not have been aware of an illegal scheme it had harboured for 14 long years. Loblaw’s claim back in December that price fixing is an industry-wide problem remains unquestioned, and at the same time allowed them to partially shift the blame onto other retailers – fascinating.

In a nutshell, Loblaw recognized and capitalized on the fact that consumers tend to have short memories, especially during the holidays. The $25 gift certificate became the means of atonement for Loblaw’s wrong-doing, but does not address the deeper issues of how the company changed market conditions and abused of its power over its competitors. Everything else – the ongoing investigation, the accusations, the cartel – is now secondary. The rhetoric is almost exclusively about how we can get our $25 and ways we can get around the fine print. Few have taken the time to understand what actually happened, how other food products could be affected by such an approach, and how this might be prevented from happening again. These remain critical questions.

The $25 gift certificates are largely irrelevant to the company, as they should be to consumers as well. But make no mistake: Canadians will apply in droves to get their gift certificates, and consequently will drive more business Loblaw’s way. Most will spend more than $25 once in the store – why not? Loblaw’s cleverness is fooling us all, the media, consumers, everyone. Loblaw’s stock price is up since it released its gift certificates on January 8 and it will be surprising if the company suffers financially from this.

It isn’t right that Canadian consumers’ trust in Loblaw can be bought for a miserable $25. It should take more than that. But the company has masterfully capitalized on consumers’ inability to really grasp the essence of oligopolistic powers within the food industry, which in turn affects them every single day. Instead, the concept of how $25 can change their lives was more within reach.