Fighting food fraud with a different kind of science

Fighting food fraud with a different kind of science 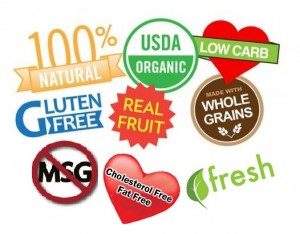 Food fraud is clearly becoming a noticeable issue as another company has been slapped on the wrist for violations. A court has recently fined Creation Food, A Woodbridge-based company, $25,000 for forging a kosher certificate for food that wasn’t kosher, which it delivered to Jewish summer camps. It is believed to be the first time in Canadian history that the judicial system has enforced kosher labelling laws. Now we know faith-based food fraud exists in Canada. But this is just the beginning.

In spite of hundreds of investigations, this is only the second time this year that a company has been fined in a food fraud case. Last year, Mucci Farms, another Ontario-based company, was fined a record $1.5 million for selling Mexican tomatoes as Canadian over a three-year period. Food fraud is complicated, as just a handful of cases ever end up in court, despite hundreds of reported incidents. But it is just a matter of time before we see more companies getting fined for contravening regulations.

Food fraud has been around for thousands of years. The first known cases date back to the Roman Empire. So, the notion of food fraud is not new. In some countries, including the United States, laws to prohibit food fraud have been around for over 80 years. Collectively, we have been aware of this problem for quite some time, particularly in industry. Some estimates suggest food fraud represents a $70 billion problem worldwide (Irish Times, 2017). Food fraud is allegedly worth more than the heroin trade and firearms trafficking combined. And it is not just in retail, either. In a recent survey, fish samples from more than 150 food service outlets revealed that in over 30% of cases, the product served was not the one indicated on the menu.

Food fraud has now become main-stream for a reason. Two things have changed in recent years which are making a significant impact: supply chain transparency, from fork to farm, and consumer expectations empowered by social media.

In Canada, according to a recent study, more than 40% of Canadians believe to have been victims of food fraud already. Some Canadians are still in denial, but that number is slowly shrinking. With mislabelled seafood, adulterated sauces, oils and vinegars, selling food labelled as organic when it is not, the world is seeing more incidents of food fraud. Around the world, the most famous cases remain the 2008 scandal in China, where some manufacturers added melamine to baby milk formula to trick protein tests. The 2013 European meat scandal has also become a classic. Processors replaced several meats, mostly beef and lamb, with horsemeat and it had been going on for years.

Unlike Europe or Asia, Canada hasn’t really had its own major food fraud crisis, and it isn’t certain that we ever will. In Europe, since the scandal erupted, a significant amount of research has gone into developing new technologies to protect the public. These include mobile detecting devices to validate labels, solvents to protect the integrity of packages against counterfeiting, and new block-chain technologies allowing companies to protect themselves from fraudulent suppliers. There is an array of new technologies now available to companies to protect themselves and their brands from food fraud and counterfeiting. Preventive measures are increasing at a spectacular rate across supply chains. Laws are also becoming more accommodating for regulators, allowing them to act more effectively, and Canada too will benefit from this.

But our regulatory framework in Canada is underdeveloped and untested. Using laws to protect the public and implement the spirit behind all of our regulations is difficult. Collecting the evidence to build a case has been anything but straightforward in recent years. Whistle-blowers are reluctant to come forward for obvious reasons, and consumers have not known where to register concerns related to certain products. It has been difficult to appreciate the extent of the problem, let alone to detect specific cases. Now, however, Ottawa has a bureau which accepts complaints. In fact, in 2016, Ottawa received over 130 complaints related to food fraud cases, and the number is likely to increase this year. Concerns are being accommodated, which is an improvement, but we still have a long way to go.

A few years ago, food fraud was confusing for public regulators. They just did not recognize where food fraud would fit in their comprehensive food safety regulatory framework. These days though, things have changed. The CFIA and the provinces now look at food fraud through the eyes of food integrity and prevention, not just protection or defense. An intentional act is an inherent part of food fraud, which makes most food fraud cases unique. Bad decisions are made for several reasons. In most cases, inspectors can pinpoint the root cause of outbreaks. In food safety, e. coli and salmonella are the same anywhere around the world. To address food fraud, a food-centric approach is just not enough. With food fraud, the intricate understanding of human behavior and how companies operate have never been so obvious. This represents a significant paradigm shift.

Food fraud is essentially inviting regulators to redefine what science means to them, which in turn will impact how they find the remedies needed to solve the problem. The same goes for industry. Industry professionals are realizing that turning to food scientists, quality assurance professionals, and microbiologists is no longer enough. To detect cases, they now draw on cross-curricular expertise from throughout the enterprise. Suppliers, buyers, technical managers, laboratory analysts, agronomists and legal advisers are also getting involved which is something we haven’t seen before.

Food fraud is about deception through food, regardless of where the company operates within the food continuum. The guilty ones are fooling the public, but they are also fooling the industry. Regulatory compliance is becoming a major focus for industry, since its reputation is at stake. For a while, it was the elephant in the room for industry, but not anymore. They are making more of an effort, which is reassuring. We will never find our way to a system free of food fraud, but every little bit helps.

SYLVAIN CHARLEBOIS, Dean of the Faculty of Management, Professor in Food Distribution and Policy, Dalhousie University. Author of “Risk Intelligence and Benchmarking: The New World Order in Food”, published by Wiley-Blacwell (2017).