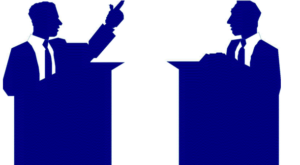 In recent days, readers of the Guardian have read very different articles on equalization, one by Premier MacLaughlin and one by me.

This is healthy. One hopes that the debate continues.

It is important to be factual as we go forward.

For example, Mr. MacLaughlin notes that in his view programs such as equalization allow us to be a nation.

Canada functioned well as a nation for nearly 100 years before equalization even started. His observation has little merit given this history.

The constantly repeated and misleading observation that equalization funding is guaranteed in the constitution is also not factual.

All that is guaranteed is a vague commitment to the principle of equalization. Funding levels are not mentioned, yet alone guaranteed.

It is important that Islanders are not further misled. To repeat: equalization funding is not guaranteed by the constitution.

The most important reason that this debate should continue is that equalization and other federal subsidies are the dominant influencers of economic life on the Island.

From 2007 to 2016, PEI received a remarkable $10.9 billion more in benefits than it contributed to the federation.

Recent growth on the Island may be attributable in part to increased federal spending on equalization which grew by nearly $60 million in the past five years.

There are few positive results from all this. PEI’s growth rate over time is at or near the bottom of Canadian provinces and US states.

Most social indicators are also negative. For example, the poverty rate in PEI is 14.4%, the highest in Atlantic Canada.

Two things are evident from this summary. First, something must change if Islanders are to secure their future and second, the strategy of relying on massive funding from other Canadians has failed.

This strategy is also risky. Things have changed in Ontario and Alberta in ways that are not recognized by federal and provincial political leaders in Atlantic Canada.

The people of these provinces cannot continue to provide the funding support that Quebec, Atlantic Canada and Manitoba expect.

The reasons are obvious.

Mr. MacLaughlin notes that there are no “second class’ Canadians.

This is an error. In terms of access to government programming, equalization and other federal subsidies have contributed to second class status for a large group of Canadians.

These people do not live in Tignish, Truro, or Tracadie. They live in places like Gananoque, Brantford and London.

These communities are experiencing difficulties because their industrial bases have been eroded and because their access to government programming is low, less than in Atlantic Canada.

The issues relating to regional subsidies in Alberta are different but the consequences are similar.

The collapse of oil prices has affected hundreds of thousands of Albertans and they are struggling. Also, Albertans have contributed $228 billion more to the federation than they received from 2007 to 2016, a remarkable burden.

A vocal body of public opinion has emerged that objects to this. There has been discussion of a referendum on equalization.

What should Islanders and other Atlantic Canadians do to respond to these circumstances?

They should be open to change.

Provincial programming in the region could be delivered better and at lower cost by a common services organization operating under contract to each province.

Each Atlantic Province could agree that they would not prohibit any industrial activity that is in operation elsewhere in environmentally sensitive ways. Nova Scotia has prohibited uranium mining and New Brunswick fracking. This offends westerners who send equalization funding to these provinces that comes in part from these activities.

The four Atlantic provinces could jointly propose a renewed equalization program for the region that includes financial support for restructuring the vastly oversized public sectors in each province.

There are other possible new directions. Leading implementation of these would be consistent with the role of Prince Edward Island in getting Canada started.

Attitude change is also important. Islanders need to be sensitive to changes in the rest of Canada. They need to set aside myths such as the myth that equalization funding is guaranteed. Finally, they should remember that the biggest risk may be not addressing fundamental problems.