Cloudy…With a Chance of Meal Kits

Cloudy…With a Chance of Meal Kits 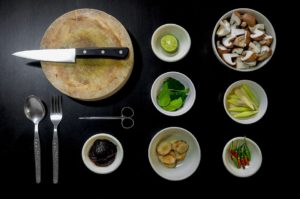 Meal kits are becoming a North American phenomenon. Deals are happening everywhere. In the latest deal, Walmart has partnered with Gobble to deliver meal kits. In the battle over the future of food consumption in the U.S., Walmart is making moves to maintain a fighting chance against the food industry’s new mammoth, Amazon, after the latter acquired Whole Foods a year ago. Don’t be surprised if more grocers do the same.

Meal kit delivery services made their debut in 2012, just 6 years ago. Most companies are still considered as start-ups. Gobble, for example, started in 2014 with its three step, one pan, 15-minute meal kit. The United States now has over 150 different meal kit companies, in many parts of the country. Canada has just under 20 significant players already. While this is a relatively new segment in food retail, it now represents over $1.5 billion in the U.S. alone, and is growing. Here in Canada, the meal kit segment is estimated to be worth around $200 million, but also growing. Metro made its move, a brilliant one at that, when it acquired Miss Fresh last year, allowing this grocer to hit the ground running. Meal kitting is likely in the cards for other grocers, but no great announcements have been made thus far.

And why not? Consumers want to be empowered by cooking but still need convenience. Instead of take-out, they will choose a meal kit which brings them pre-shopped, pre-measured, pre-everything so they can whip up an appealing dish in minutes, even with little or no cooking experience. Costs, however, are anywhere between $9 to $12 a meal, which makes this service prohibitive for many.

The other issue hitting this category quite hard is packaging. For assured freshness and food safety, ingredients must be thoroughly wrapped, making some younger, environmentally-conscious buyers less enthusiastic about their purchases. This is likely the biggest hurdle meal kits will need to overcome: the waste is astronomical.

Another issue is profitability. Goodfood is one of the largest meal kit providers in Canada. Even though is has tripled the number of its active subscribers, which reached a total of 76,000 recently, it is still losing money. Most are not making a profit which is peculiar for a new growing segment. But given the excitement around meal kits, most of these companies barely sweat to raise capital. The pressure to generate revenues is realwithout spending too much on marketing. As the market matures, only some will survive. But those partnering or working with large retailers have a greater chance of survival and of grabbing a decent share of the market. Grocers have never been great at food service either, so uniting forces only makes sense. Furthermore, grocers are starting to see meal kits as foot traffic drivers, a major advantage these days. This is what Gobble is doing with Walmart.

Despite the challenges, meal kits are facing relatively few headwinds. The food service and hospitality sector in Canada has been booming over the last few years, with growth exceeding 5% in 2017 and forecasted growth of more than 4% this year. Compared to food retailing, these numbers are spectacular. Grocers want into the food service game, and meal kitting is certainly one way to do it. What makes the meal kit case more compelling are the expected revenues for home delivery. In 2018, we expect Canadians to order $2.5 billion worth of food, an increase of 23% last year. The industry expects double-digit growth over the next few years.

In other words, people are eager to eat more at home, while forgoing the cooking. Canadians are still buying cookbooks in droves and watching a record number of cooking shows; however, meal kits are becoming increasingly popular.

But it doesn’t stop there. Ghost restaurants are also in vogue in North America and Europe. Unlike UberEats, for example, where consumers can directly connect with restaurants, there is no interaction between a ghost restaurant and the consumer. These are virtual eateries, for consumers who don’t want to cook at all. They can order from these establishments through third party applications. All for the sake of convenience. All of these service models eliminate the inconvenience of waiting in dining rooms for your meal. For the business owners, they solve the issues of extra labour costs to mitigate risks related to higher minimum wages, and most important, of choosing the right location.

But meal kits still do not resolve the age-old issue of dishes. You still need to clean up after you are done. Technology hasn’t solved this problem yet, but surely someone will come up with something soon.