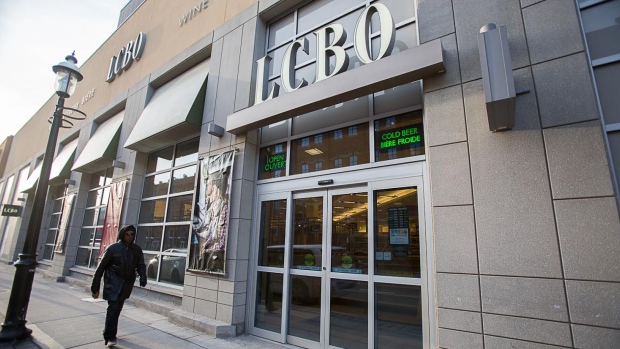 Shopping at the LCBO, Ontario’s government-owned alcohol-retailing monopoly, is like buying liquor from a bank. The only difference is that bank tellers are nicer. It’s never fun buying wine and beer from bureaucrats. It’s better than it was in the ’70s, but lousy just the same.

Ontario’s wine producers aren’t that pleased selling to the government either. That’s because they can’t control the prices of their products. That privilege belongs to the LCBO, and it’s causing no end of problems for winemakers. When both the people who make a product and the people who want the product are unhappy, you know the government must be somewhere in the middle.

Ontario wines occupy about 44 per cent of the shelf space at the government outlets, and wine producers have been lobbying to increase that to 50 per cent. Trouble is, imported wines are a bigger business, making up 75 per cent of the $1.9 billion from LCBO wine sales, with Ontario wines comprising just 25 per cent. The government likes to talk about its love for local wineries, but it knows that giving more space for Ontario vintners means less money for the LCBO, and provincial revenues.

So now the Ministry of Agriculture, Food and Rural Affairs says it will work to help Ontario vintners and grape growers expand their markets (using their own money). Last month, Ontario’s Liberal government announced it would spend an additional $45 million to help small wine producers “scale up and access new sales retail opportunities,” on top of the $28 million already allocated over the last two years. Given that the province’s wine industry pays about $250 million each year in taxes, it’s an underwhelming bribe.

It’s also unlikely to do much. Ontario has been throwing money at initiatives to expand the market share of provincial winemakers for the past 15 years. But as long as the LCBO is the main buyer and seller of wine in the province, little will change.

There’s little incentive for winemakers to scale up production through the kind of mergers and acquisitions that can happen in dynamic growth markets, like those not controlled entirely by the government. And finding new markets won’t be easy. One of the ministry’s ideas is allowing more wine to be sold in grocery stores and farmers’ markets. But so much domestic wine in Ontario is bought through the LCBO that allowing local wine for sale at outdoor markets for a few months of the year won’t help much.

Developing markets outside the province doesn’t offer much hope. In the U.S., all 50 states, even Alaska and Hawaii, are already subsidizing their own wine producers. And even good Ontario wines won’t exactly fly off the shelves when Americans can get excellent California wines at lower prices.

How about Europe? After all, the VQA (Vintners Quality Alliance) designation was invented over 30 years ago specifically so Ontario wines could break into the European markets. But Europe is awash in wine. Italians produce the most wine in the world, and you can pick up a drinkable bottle for two euros (but at the LCBO, it’ll cost you $12).

Forget the idea of Europe falling for Ontario chardonnays; ditto Australia and New Zealand. And South America, where Argentina and Chile are major world producers selling at cutthroat prices. Some top Ontario wines sell abroad but in small quantities. Any chance of competing outside our borders would require serious subsidies, something other countries won’t tolerate and Ontario taxpayers shouldn’t either.

With our own provinces keeping trade barriers in the way of alcohol sales, it’s still as hard to find many Ontario wines in B.C., Quebec or Nova Scotia as it is to find wines from those provinces in the LCBO.

That leaves Ontario as the only real market with any possibility of growth. But while Ontario producers have some freedom to market to consumers online and directly to restaurants, the LCBO controls the most important marketing lever — price. It’s against the law to sell wine below LCBO’s floor pricing, regardless of where wine is sold in the province. That’s the crux of the matter: a market that literally prohibits producers from adjusting their prices to meet demand isn’t a real market. And while Ontario producers make excellent wines, they can never grow like other, real businesses until they’re freed from pointless government price controls. Spending more money pretending to find new markets might create a few more government jobs, but it won’t give Ontario’s winemakers what they really need: Freedom from the province’s flawed, inefficient and obsolete system.