In The Coast, AIMS’s Mannkal Intern Ryan Scarth discusses transit reform in Halifax, proposing that the city implement a Bus Rapid Transit system in lieu of a commuter rail line from Beaverbank to Downtown. This option, he argues, would be more practical and affordable for a city of Halifax’s size. Read this article on The Coast website. 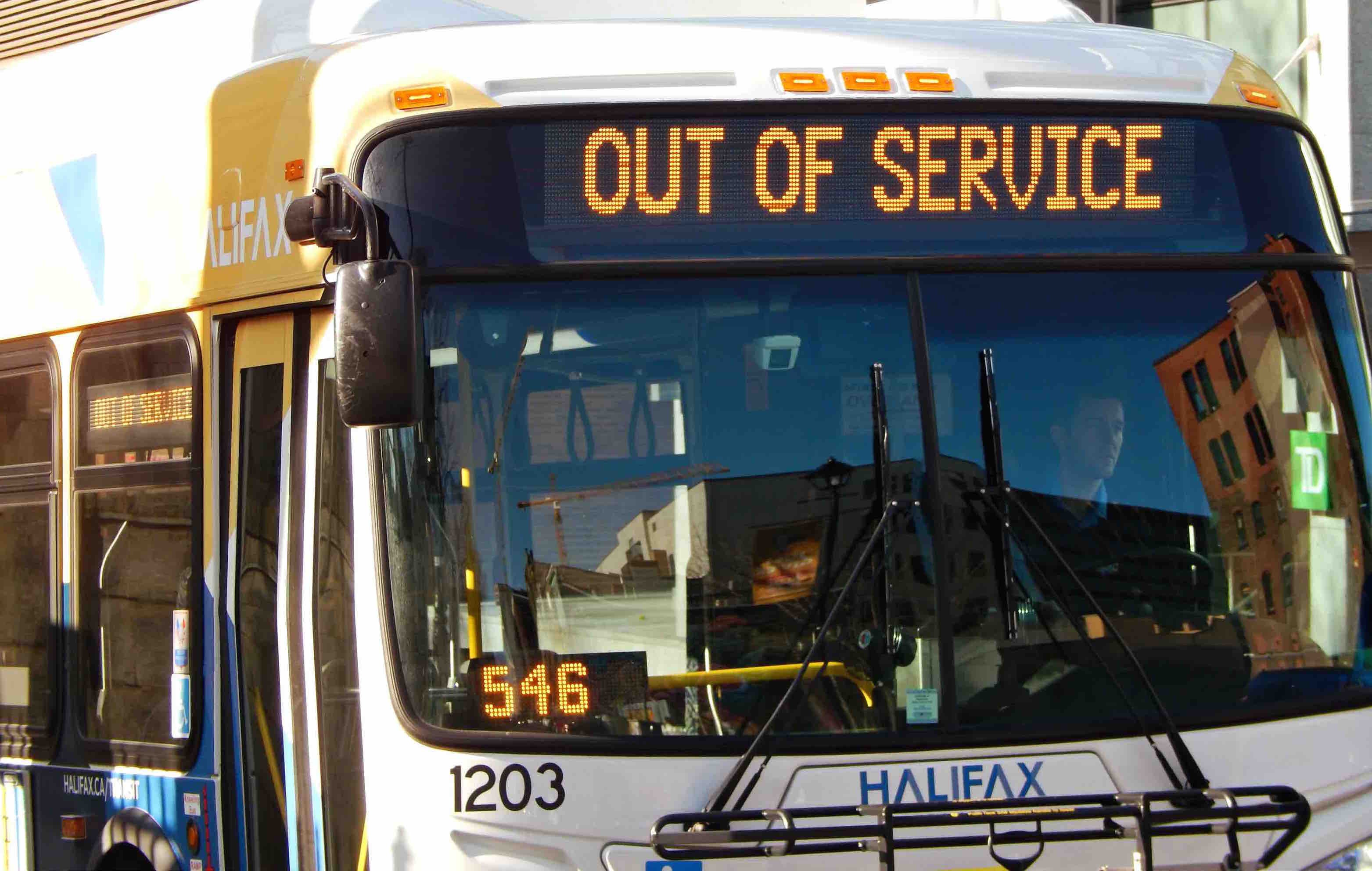 Halifax’s bus network is slow and unreliable. This fact is apparent to anyone who contends with peak-hour commutes in the city. But there are limits to what can be done by reforming the bus system in its current form. Congestion plagues buses, and unless the “spine” of the transit system is moved out of traditional street lanes, little can be done to resolve chronic travel inefficiencies.

After commissioning a feasibility study last year, Halifax council labelled the idea of a light commuter rail network unviable. Now, VIA Rail has submitted a pre-proposal based on the original feasibility study which is likely to offer savings. Regardless, the proposal’s shortcomings are clear: with only 11 stops over 30 kilometres between Beaver Bank and Downtown Halifax, the system would require alternate transit methods to and from the stations. This would increase commute times via transfers, with more costly average trips than those currently offered by buses or cars.

Last year’s feasibility study forecasted an initial capital investment of between $36- and $62-million. The province would cover annual operating costs of $10-million. Predicted boardings are between 1,600 and 4,000 people per weekday, the average of which represents less than three percent of the approximately 100,000 passengers who currently use the Halifax Transit system each weekday. While the revised proposal may require less initial investment from Ottawa, a substantial annual operating deficit will remain.

In contrast, a Bus Rapid Transit system (BRT) would improve many of the same issues as a commuter rail, at less cost. BRT adapts many similar principles to those of a tramway, and could be integrated as a sub-system of the existing Halifax Transit network.

Brazil introduced the first BRT system in 1974, comprising solely of dedicated bus lanes. Further development has improved the concept, leading to BRT adoptions worldwide. One can find successful examples in multiple Australian and European cities, in Ottawa, New Jersey, and most heavily across Central and South America. It is the best transit-efficiency solution for cities too small to justify the investment required by rail.

A BRT system would dedicate bus lanes in the centre of roadways on the busiest routes, eliminating the hindrance of traffic on the road and curbside. This independence would give buses the flexibility to easily filter in and out of their lanes, permitting them to reach destinations quickly. The installation of off-board ticketing facilities and raised platforms at strategic locations ensures faster boarding times, particularly for elderly riders and those with a disability.

In Halifax, Robie Street offers a direct corridor into the densest concentration of employment, commerce, educational, and medical facilities downtown. A dedicated lane for buses and car poolers would allow traffic to flow into the city more fluently. Adapting BRT measures to similarly busy routes, such as the Bedford Highway and the Macdonald Bridge, would allow them to serve as the backbone of the Halifax transit network.

In transit reform, it is preferable to adapt existing infrastructure instead of buying and developing new land. A commuter rail system would require the installation of parking lots at major stations, amplifying costs to passengers and taxpayers. With over 350 buses, most running below capacity, the current Halifax Transit fleet could initially handle any streamlining measures to the present routes.

Halifax Transit has been investing in the current bus network. In addition to updating and up-sizing their fleet, a transfer-based ticketing system and GPS tracking technology have been implemented. These are commendable initiatives; however, they fail to address the source of the problem—inefficiency and unreliability. It makes sense to invest in measures that address these issues while utilizing current infrastructure.

As one of the most considered aspects of urban development, transit networks form the backbone of a city by facilitating inexpensive access to major employment and shopping hubs, residential neighborhoods, universities, libraries, hospitals, and common areas.

Successful reform of the Halifax Transit network would enable better commuting by all means of transport. As a consequence of less congestion and speedier travel, the economy would improve through gains in productivity. Jobs would be created and revenue kept within the community. Motorists would spend less time travelling and save money on gas and vehicle maintenance.

Halifax’s substantial traffic problem, originating from inadequately planned roads, is the predominant cause of unreliable and slow public transport. Until these issues can be resolved at their source, rather than adding more buses or implementing a costly commuter rail line, commuting in Halifax will continue to be unpleasant.

Ryan Scarth is the Mannkal Intern with the Atlantic Institute for Market Studies (AIMS.ca). He hails from Busselton, Western Australia. Read this article on The Coast website.