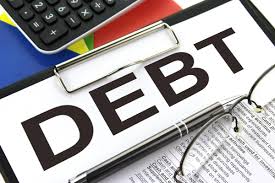 There are three rather obvious problems with Weston Raske’s suggestion on Sept. 6 (“Letter: We need to focus on selling surplus power”) that we should export surplus electricity and encourage greater local consumption to lower the impact Muskrat Falls will have on electricity rates in the province.

First, current and anticipated export prices for electricity are so low that even if we sold all of Muskrat Falls’ output on the export market we would still need to raise rates to 20 cents a kilowatt hour or more to cover the provincial government’s revenue demand to Nalcor.  Since the amount needed goes up by about 2 per cent each year, there is no appreciable saving to consumers.

Second, if we encourage greater local consumption, then there would be less available to sell externally.  Domestic ratepayers would still bear the full burden.  As it is about 60 per cent of Muskrat Falls’ output is going to Nova Scotia in two blocks, anyway, so there is little to sell to begin with. One block goes free of charge for the full 35 years of the deal.  The other block is free for the first five years and then goes for less than the cost of producing it for the remaining 30.

The third problem with Raske’s idea is that whether rates go up or we encourage more local demand, the problem is the same. The only people paying for the cost are the same 430,000 or so taxpayers/ratepayers.

Raske and others need to look elsewhere to find ways to mitigate rates. The provincial government’s revenue requirement delivered to Newfoundland and Labrador Hydro long before the current administration took office includes a new tax. Nalcor estimates this tax – called a dividend by the provincial government — will amount to about $45 billion over 50 years. The new tax accounts for about 55 per cent of the revenue requirement and hence the rate increase coming in 2021.

One way to lower the impact Muskrat Falls will have on electricity rates in the province would be to axe the new provincial government tax buried in it. But to do that, people have to realize the tax is even there.

While former Premier Tom Marshall crowed about the new tax in 2012 when he was finance minister, that information seems to have escaped everyone’s attention.