Atlantic Canada should not be stripped of Supreme Court seat

AIMS Operations Manager Alex Whalen, a graduate of the Dalhousie law school, discusses changes to the Supreme Court appointment process. He bemoans that Atlantic Canada is losing its convention of one guaranteed seat on the top bench, in favour of other diversity concerns, such as bilingualism, for the federal government. Read this article in the National Post. 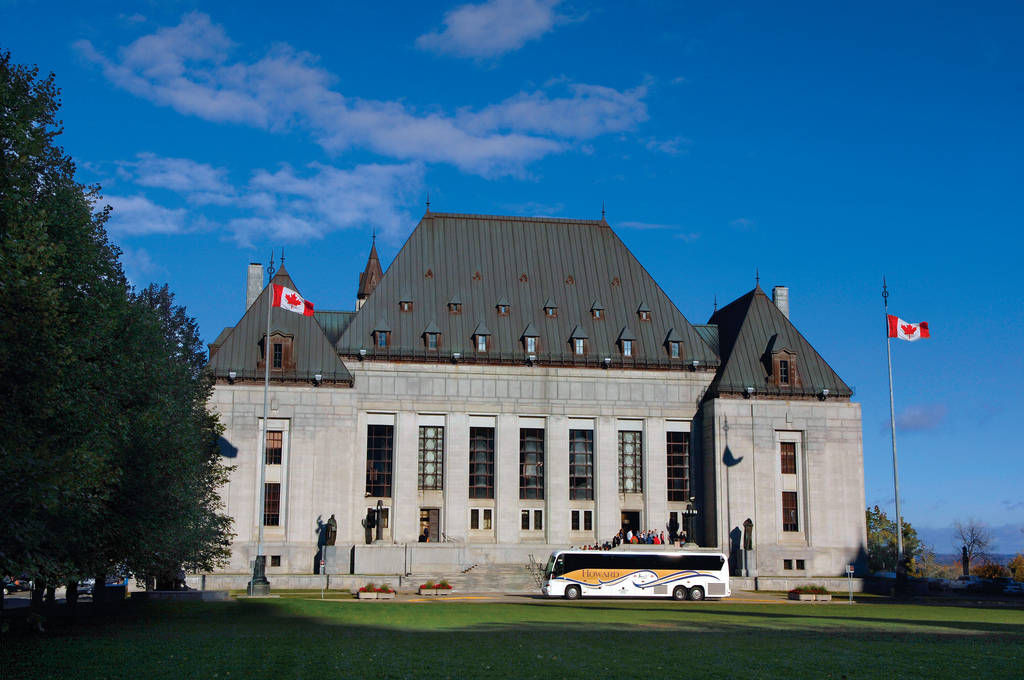 The federal government has announced a new selection process for Justices of the Supreme Court of Canada. This series of reforms is the latest adjustment to a procedure that many previous governments have revised. And while the process may well bring improvements, a very concerning detail has emerged from the announcement: Atlantic Canada will lose its assured seat on the top court.

This decision is objectionable on multiple grounds. It violates a long-standing constitutional convention. The violation is committed without the consent of members of confederation, the provinces. It favours one form of diversity over others, and it excludes our region of the country from representation.

There are elements of the announcement that may prove to be beneficial. A more diverse bench could lead to improvements in decision-making. More robust parliamentary scrutiny, similar to the American model, is welcome. While the final say will remain with the Prime Minister, an arms-length committee to short-list candidates brings rigour to the process. These changes aim for a more open process, but they cannot come at the cost of regional balance.

Regional representation has been a staple of institutional development in Canada since the founding of the Dominion, including on the Supreme Court since its inception in 1875. Traditionally, the West received two seats in the Court, Ontario and Quebec three each, and Atlantic Canada one. Thus, the announced change would upend constitutional convention and an important principle of federalism.

The East Coast has long upheld its end of the bargain by producing strong jurists for the position. Retiring Justice Thomas Cromwell of Nova Scotia has an excellent reputation as a lawyer, professor and judge. Justice Roland Ritchie of Halifax was among the longest-serving members of the bench in the last century. Justice Gerard LaForest of Grand Falls, New Brunswick, took part in many of the landmark decisions that came down in the years following the entrenchment of the Charter of Rights and Freedoms. There should be no questions of competence in the conversation about regional balance.

The putative reason for making the selection process countrywide is to ensure a more diverse court by opening the position to more candidates. Diversity may be a worthy goal, but one form may come at the expense of another. A diversity that excludes the voice of Atlantic Canada is not diversity at all. Moreover, the sudden requirement to make bilingualism a qualification risks making the high court less diverse since the pool of eligible candidates will shrink. Newfoundland & Labrador has reportedly been passed over entirely because no candidate is sufficiently bilingual.

Regional considerations abound in the makeup of all key political institutions — i.e. the House of Commons, the Senate, the judiciary and the federal cabinet — because of the spirit of regional compromise that animated Confederation. Two-thirds of the seats in the Supreme Court already go to Quebec and Ontario; it would be unjust to afford those provinces any additional seats. Confederation is a bargain that includes all provinces.

The feds may charge that, unlike Quebec’s guarantee of three seats on the Supreme Court, Atlantic Canada’s expectation of one seat is not enshrined in any written law. While it is true that conventions do not carry the directness and simplicity of a statutory clause, they still form a basis of legitimate constitutional reasoning, even for the Court itself.

For example, the Court ruled in 2014 that Federal Court of Appeal Justice Marc Nadon was not eligible to sit on the high bench. Their basis for interpreting eligibility within Section 6 of the Supreme Court Act was the convention of naming Quebec appointees directly from the Quebec courts. Thus, his appointment was ultimately blocked because of a constitutional convention.

It is hard to square the deference for convention in the Nadon decision with the disregard for convention here. Long-standing conventions can be given the weight of the constitution itself, thus triggering amendment requirements. Many conventions have been given a special weight in legal considerations. The upshot is that an Atlantic court challenge to this new appointment process is likely.

There is no need for improvements in the process to come at the cost of a voice for Atlantic Canada. While admittedly different than the regional interests of parliamentarians, top judges should come from across the country so as to bring a proper understanding of regional context to their position and judgments. A key facet of the court is to rule on matters of national implication. The view from the high court cannot be truly national while excluding an entire region of the country.

Many of Atlantic Canada’s 32 Members of Parliament carry substantial voices within the governing party, including at the level of cabinet. So do the four Atlantic premiers. It is incumbent upon them to resist relinquishing an Atlantic regional seat on the bench.