With 93 provincial government employees per 1,000 residents, Prince Edward Island has a large public sector by Canadian standards, and the third-largest public sector in the Atlantic region. The national average is 83 per 1,000. 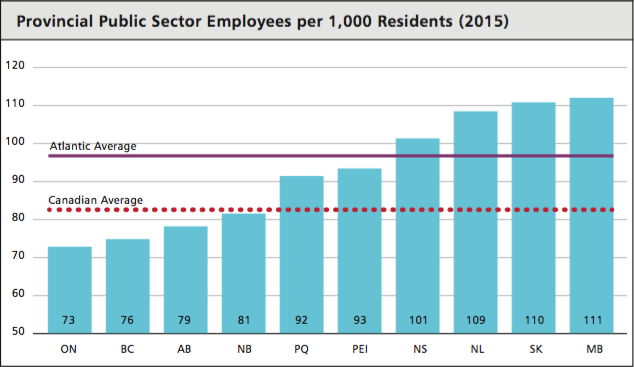 New Brunswick’s sector has also shrunk since 2010. NL roughly equals its 2010 number, having peaked in 2012. Nova Scotia’s has grown 5 percent.

P.E.I. pays public servants, on average, $71,701 per year and employs 10 persons per 1,000 residents above the national average. Had the province employed only the average number of persons in 2015, it would have saved $108 million.