The study is coauthored by Dr. David Murrell, an Honourary Research Professor in Economics at the University of Prince Edward Island, and Jackson Doughart, a policy analyst at AIMS.

Employing Statistics Canada’s investment intentions surveys, the paper establishes two quite different investment histories in Atlantic Canada, from the two years prior to the Great Recession to the present. Investment in the Maritimes has dropped significantly in the last ten years. In Newfoundland and Labrador, meanwhile, public investment and industrial structures have increased significantly over the same period. 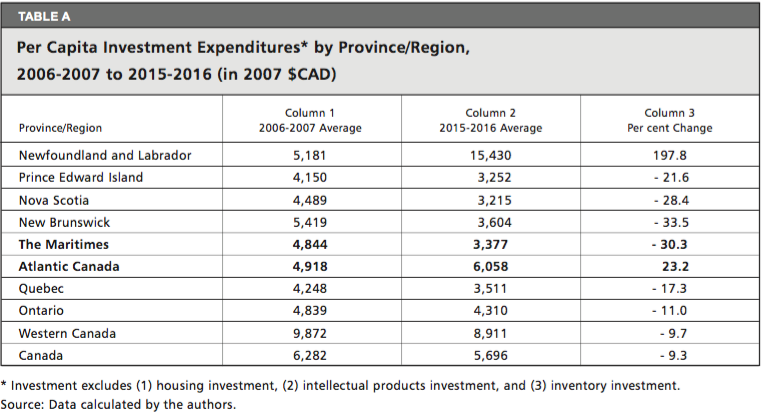