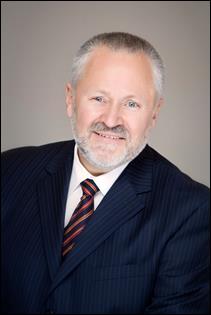 HALIFAX, NS – The Atlantic Institute for Market Studies is pleased to announce the appointment of Ross Haynes, QC, who joins the AIMS team as a senior fellow.

Mr. Haynes joins AIMS with a breadth of relevant experience. He retired in 2015 from legal practice, having been a counsel with McInnis Cooper and head of an independent boutique law firm for 20 years. He served for five years in the Canadian navy and has been strongly involved with community organizations for many years. He is also well known to political audiences as a former member of the CBC’s “Canada Now: Politics Now” panel. He received the Queen Elizabeth II Diamond Jubilee Medal for community service in 2012.

Mr. Haynes will assist the Institute with its research and outreach activities. This includes speaking directly to community groups about the Institute’s public policy research work.

AIMS is a public policy research organization, based in Halifax but serving all of Atlantic Canada. The Institute publishes peer-reviewed research on public policy issues in the region. Its subjects include healthcare, education, public finance, immigration and energy.

Unique among regional think tanks, AIMS is independent and does not receive funding from government. It is affiliated with no political party.

“It has been a pleasure to become acquainted with Ross Haynes, who has for years been a supporter of the Institute,” said AIMS President and CEO, Dr. Marco Navarro-Génie. “In his new role, Ross will put his talents in the service of AIMS’s mandate to serve Atlantic Canadians – conducting and promoting important policy research and educating the public on the direction needed for Atlantic prosperity.”