Plugging in Atlantic Canada
————————-
How will competition, deregulation and privatization
in the continental electricity market affect us?

The electricity industry world-wide is being transformed from cosy local monopolies into a highly competitive industry. Privatization, deregulation and other market-opening initiatives are bringing choice in electricity supplier to industrial users and individual consumers alike in many jurisdictions, while putting downward pressure on prices. International and interprovincial barriers to free movement of electricity are either falling or are under vigourous attack. In order to foster competition, many places are separating the generation and distribution sides of the industry.

While a few of these changes have made their way to Atlantic Canada, we are clearly well behind leaders such as Britain, California, Victoria State in Australia, and some New England states. These and other jurisdictions are learning how to harness the power of competition and markets in their electricity industry. That’s why Plugging in Atlantic Canada asked:

Here is the roster of conference speakers.

Tom Adams, Executive Director, Energy Probe, Toronto, spoke on”Deregulation, markets and competition: the Canadian experience”. Mr. Adams, author of two papers for AIMS on NB Power, has been advising the Ontario government on its efforts to introduce competition into that province’s electricity industry. AIMS has now released the fully developed version of Adams’s remarks to the conference as a paper in its Commentary Series.

From Promise to Crisis: Lessons for Atlantic Canada from Ontario’s electriciy liberalisation

Competition and Deregulation in Electricity: the National and Continental Dimension

Prof. Leigh Hancher, University of Tilburg, Holland. The “best legal mind on electricity in Europe” spoke on the theme “Who’s getting electricity policy right in Europe?” Ms. Hancher literally wrote the book on this subject — Electricity Law in the European Union — and is a widely known and respected authority on all aspects of the industry in Britain and on the continent.

Electricity Privatisation and Deregulation in Europe

David Hay, is the Managing Director of Delgatie Incorporated, a financial services advisory firm that he started in 1995. David was the Co-Chair (with Donald Savoie) of the New Brunswick Special Task Force that produced the report “Electricity in New Brunswick and Options for its Future” (the Hay-Savoie Report).

Strike While the Iron is Hot or Waves Come and Go

Douglas G. Hall, is the managing Director, Global Banking, RBC Dominion Securities, Halifax. He is active in the coverage of a number of the firm’s utility accounts and covers infrastructure finance projects across Canada.

Financial Aspects of Competition and Deregulation in Electricity

Donald S. Macdonald, former federal Minister of Finance and Chairman of the Advisory Committee on Competition in Ontario’s Electricity System wrapped up the event by asking,

“Where do we go from here?”

Ken Malloy, one of the most sought after speakers in North America on the restructuring of the continent’s energy markets, is President of the Center for the Advancement of Energy Markets in Washington DC.

No Blue Pill: Retail Restructuring is Failing But There’s No Turning Back

Newfoundland and Labrador Perspectives on Competition, Deregulation and Privatization in the Electricity Industry

David M. Sawler, is General Manager of Copol International Ltd., a large plastic film extrusion company and electricity consumer in North Sydney, N.S. He is also on the board of ECANS.

A New Paradigm In The Atlantic Region Electrical Industry

Gordon L. Weil is the chairman of the Weil Consulting Group. His firm has been a leading innovator in the restructured electric market. He has initiated incentive rate system, wholesale and retail power purchasing arrangements, and the innovative relationship between New Brunswick and northern Maine.

AIMS recognises the generous support of these event sponsors 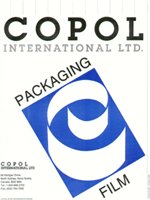