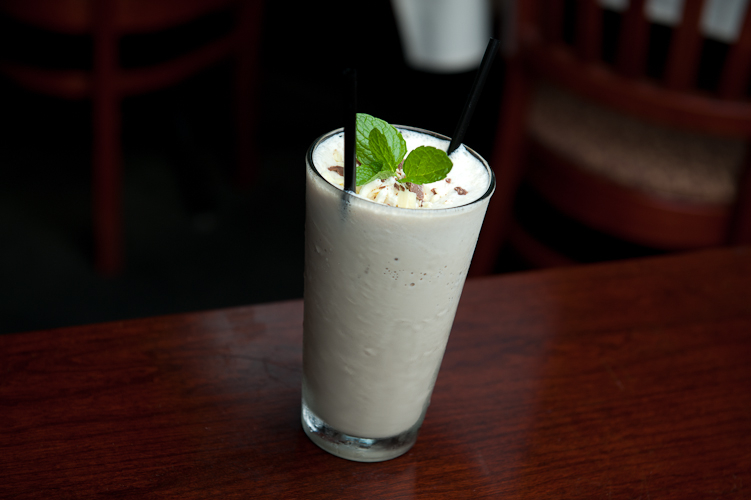 Now that supply management is officially on Trump’s radar, dairy farmers are holding their collective breath. For years they have been defending our five-decade old regime stating it was the perfect system for Canadians. They are about to find out that the world has changed since the 1960s.

For the first time Donald Trump acknowledged that he knows of the existence of supply management, also known by the global community as Canada’s milk cartel. For years dairy farmers in Canada have been resistant to any change or reform to their policies. With NAFTA 2.0 on its way, Canadian dairy farmers are about the find out that the decades of defending the status quo was the wrong strategy.

It would have been fascinating to be in the briefing room when Trump got his first Canadian dairy briefing. The reaction must have been interesting. Anyone who has attempted to explain supply management to Americans would appreciate how interesting the reaction is. Mainly, the reaction is one of disbelief. Supply management is about producing what we need for dairy, poultry, and eggs. Given that it is 80% of agricultural cash receipts within supply management, dairy has always attracted more attention. Such a program could be expected in an emerging market, or even in an highly-organized economy. No one would expect a program supply management to exist in a developed economy like Canada’s. Since Europe eliminated quotas several months ago, Canada is now the only developed economy with such a scheme in the entire world. Quotas are given to farmers so that they can produce the commodities needed while extremely high tariffs are issues on imported products that could compromise our delicate supply and demand equilibrium. Given our obsession for marketing boards we are accustomed to it.

We see our boards to be a natural, very effective model to protect our farmers to countervail power down the food chain. Farmers who are inherently price-takers can only get the price inconvenient oligopolistic powers are willing to pay. Farmers are often highly vulnerable. Often, dairy farmers around the world are exposed to high milk price fluctuations and must adapt quickly. On the other hand, supply management allows our dairy farmers to rely on predictable revenues year in and year out. A simple approach really, but maintaining such a system for more than five decades has come at a tremendous cost.

First, our dairy industry is highly inefficient. Several studies over the years have pointed to how costly milk production is in Canada compared to other industrialised economies. Switzerland is the only other place where cost of milk production is more expensive. High farmgate milk prices is not allowing our dairy processors and restaurant owners to become more competitive. The entire food chains have been held back for years.
Also, supply management in dairy has led to a sense of institutionalized entitlement.

The words consumer, or even customer, have no meaning. Over the years, dairy farmers have become great cost managers as it is the only way for them to earn more by doing the same thing. By virtue of maintaining supply management, dairy farmers are, in all intent and purposes, bureaucrats, not entrepreneurs. They work for the state, not for the economy. Dairy Farmers of Canada have spent hundreds of millions of dollars over the years promoting milk to Canadians, while consumption of fluid milk per capita has dropped for almost three decades. No strategy whatsoever. Value chains and/or design thinking are irrelevant concepts to them. However, a growing number of dairy farmers are indeed entrepreneurs and want to think differently, but are dragged down by the mediocre class.

As Canada was standing still the world changed. For years many have called for changes to supply management, but in vain. Scrapping supply management would be a mistake since quotas are worth more than $30b. Our system has a lot of fiscal baggage, unlike Europe’s former system which was dismantled last year. Most importantly, we are just north of the U.S. where dairy farms are much more competitive than ours. Getting rid of supply management over night would lead to a complete collapse of our dairy industry. For a strong agricultural economy, Canada needs a plan to maintain some domestic production capacity to support our processors, where the value adding and the innovation really occur.

What is unfortunate is the current world economic climate, which is led by the Washington administration, Brexit, and everything else. We are about to see an entire industry filled with dedicated workers on alert. Instead of giving ourselves a vision for a dairy sector and take ownership of our own destiny, we are about to see changes based on someone else’s terms.

Jobs in rural Canada and young generations of farmers are at stake. Dairy farmers have lobbied Ottawa hard for decades to maintain the current system, and Ottawa listened and bowed. However, let’s be clear, dairy farmers are not to blame since they were protecting assets and defending the next generation. Who wouldn’t. But the leadership should have come from Ottawa. Several subsequent federal governments have consistently shown weak leadership on this file. Little strategic foresight was given to our supply management regime. And now, dairy farmers will pay for this. Shame on them.