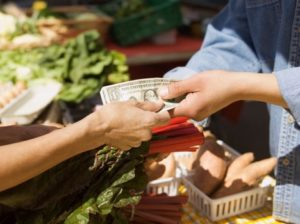 Bill Morneau is perhaps an influential figure in Trudeau’s cabinet, but he’s no Finance Minister. Given the budget he presented last week, he may be more of a social justice enabler. Supporting more diversity, equality and inclusiveness is obviously critical to the betterment of our society, but most Canadians do expect more from a Finance Minister. Last week’s budget was anything but that. There were no plans to balance the books and, most importantly, there were no mitigating strategies presented in relation to a floundering global trade environment. Few details were given on the government’s plan to deal with NAFTA’s possible demise on Washington’s “America First” policy and there were no attempts to circumvent trading challenges.

The ugly face of protectionism is slowly making its way across the globe. Washington announced last week it is considering new trade restrictions, including a 25 percent tariff on imported steel and a 10 per cent duty on aluminum. This could obviously be the beginning of a trade war, embraced by Donald Trump. Despite recent trade deals signed by Canada, the world seems at odds with open trading, and instead everyone wants to protect their own domestic markets. This is a seemingly dangerous path given that agriculture and food are often considered as the most vulnerable and sensitive sectors when it comes to trade barriers. Easy targets. Tariff for non-tariff barriers can make a significant dent in an economy almost instantly and consumers are often affected the most. Most economists agree to see trade as an absolute good until politics come along. Not all are created equal and Trump is clearly opting against trade, as he sees it as a zero sum game. Some win while others lose, and given the economics of our country, Canada can not win many trade wars, especially not with the U.S.

In fact, we are already witnessing how a trade war could affect the Canadian agrifood sector as Canadian pulse farmersare now bracing for some major trading headwinds with India. Some political opponents are linking our Prime Minister’s recent visit to India with its decision to increase its tariff on chickpeas from 44% to 60%, overnight. This decision comes after India introduced a variety of tariffs on pulse crops, including lentils, peas and chickpeas, in the past few months. These are growth sectors for our economy. Canadian pulse exports to India alone are worth well over $1 billion. This could easily escalate further and affect other sectors of our agrifood economy. In Europe, South America, everywhere, we are seeing more governments reducing their exposure to international markets. It reduces risks, makes things more simple.

There is considerable consensus around the world that trade wars can backfire and support inefficiencies which eventually hurt consumers in the end. Trade barriers, which often remain scientifically unjustifiable but politically motivated, make economies weaker and less competitive over time. Duties may look like an attractive, simple mechanism to protect domestic interests, but they are a very expensive way to retain jobs in an economy.

However, Canada doesn’t necessarily have an immaculate record either. Canada itself applies heavy duties on many imports, such as dairy products, poultry and eggs. These duties are embedded into our supply management regime which is considered by many as one of the most protectionist policies in the world. In some cases, duties exceed 300%. Most countries do enact duties on a variety of food products, but Canada goes even further by enabling and controlling domestic production with quotas.We are the only western economy still doing it. The akwardness of asking trading partners for exemptions is clearly palpable. Yet what remains underappreciated is how intertwined our economies are. Duties in one sector will affect the ability of other sectors to trade. It is difficult, if not impossible to link steel and aluminum with dairy, poultry and/or eggs, but the connection is likely there.

This could easily worsen, which spells trouble for an open economy like ours. Given our abundance of resources and knowledge, we have plenty to share. Almost 60% of our economy is trade-driven. Minister Morneau essentially shortchanged Canadian taxpayers last week with his so-called budget. The government’s focus on equality would have been better served at another time instead of dealing with the noise and distraction that a national budget usually brings. We should not be shocked to see Ottawa being utterly unprepared for Washington’s wrath towards its trading partners. Upholding equity values for our country is undoubtedly noble, but the government could fall short on its social promises if it runs out of cash.

SYLVAIN CHARLEBOIS, Professor in Food Distribution and Policy, Dean of the Faculty and Management, Dalhousie University.