Supreme Court justices should need only one tongue

Supreme Court justices should need only one tongue

AIMS Policy Analyst Jackson Doughart argues against the federal government’s decision to consider only bilingual candidates for appointment to the Supreme Court. Bilingualism, Doughart argues, is largely a geographic privilege in Canada. There is no good reason for otherwise-qualified judicial candidates to be passed over for such a secondary consideration. This article appeared in the National Post, the Chronicle Herald, the Telegraph-Journal, and the Charlottetown Guardian. 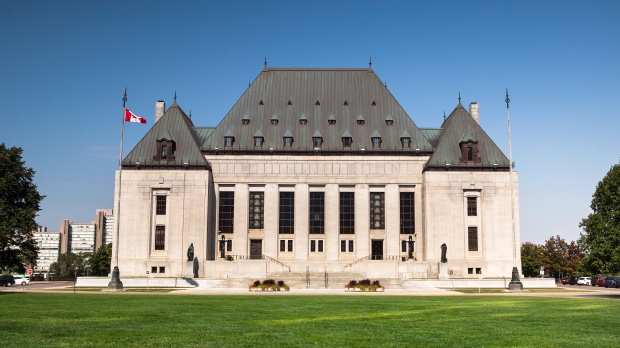 Interview on this article from “The Sheldon MacLeod Show”

Changes to the Supreme Court selection process received a lot of attention in Atlantic Canada last week. And justifiably so: with a new emphasis on promoting minorities to the bench instead of regional representation, our region loses its guaranteed seat at a very important table.

But the federal government has made a second noteworthy change: the selection committee will also consider only those candidates who are fluent in French and English. This reform goes well beyond the reasonable priority of representing both tongues on the Court – a fairly easy task when one considers that three justices must come from Quebec.

There is no good reason for bilingualism to be required of each individual justice. By contrast, it is vital for all judges to be competent in the many forms of law that come before the Court. A judge with no expertise in, say, business law is an infinitely more dangerous appointment than one who speaks no French. And yet the ambition of a fully-bilingual bench persists.

Quaint is the image of our robed rulers, sitting around in comfortable chairs deliberating on the highest matters of law, while effortlessly switching between the tongues. Perhaps as a Justice Tremblay explains the precedent of a constitutional ruling, a Justice Campbell illustrates the point with a metaphor popularized by Honoré de Balzac. Then Justice Williams interjects with some high-brow French wordplay. All nine judges laugh.

The reality is more practical. When French and English speakers work together, they get on by learning enough of the each other’s language to be understood. This is a reasonable convention, as Canada is not a naturally-bilingual country, but rather one with two mother tongues. Over four-fifths of the national population speaks only one of the two official languages.

People from unilingual regions can sometimes become bilingual as adults, but they need either special, God-given talent or expensive tutoring to acquire a second language without the lifelong immersion that most people need. And adult acquisition really is what we’re talking about here; on account of serious language studies losing their place in education, the benefit of learning French in childhood has become an arbitrary advantage.

Increasing the requirements for personal bilingualism skews political power away from the Canadian mass population and toward the members of a privileged caste, who possess natural knowledge of a language that is incomprehensible to most of their countrymen. Far from being lazy or stupid, unilingual people usually haven’t had the same opportunity for second-language acquisition, either at school or at home. It is inconsiderate for people who were raised from birth to speak a different language on each floor of the family home to suggest that others should just “pick up French.”

So while the government is undoing a century-and-half-old convention for the putative sake of opening the position to more candidates, it is simultaneously restricting the field for secondary considerations. If we ruled out players on the national hockey team because of second-language ability, people would rightly think it mad. And yet we propose to eliminate otherwise-qualified candidates for the bench for just this reason.

There is no logical relationship between judicial wisdom and the ability to learn French as an adult. For instance, the late Nova Scotia lawyer Purdy Crawford was one of the most influential members of his profession in Canadian history. Yet according to his biographer Gordon Pitts, Crawford struggled to learn French despite great efforts to do so.

Would we want to pass up on a similarly-talented candidate for the Supreme Court, just because he or she was not born with the silver spoon of bilingualism? As Toronto lawyer David Butt argues, “functional bilingualism in particular should not become a glass ceiling for exceptionally talented legal minds who distinguish themselves in largely unilingual communities.”

If Canada’s government were serious about being more transparent, merit-based, and so forth, it would drop the pretence. Our Supreme Court is already bilingual enough.