Only successful, market economies can prioritize the environment 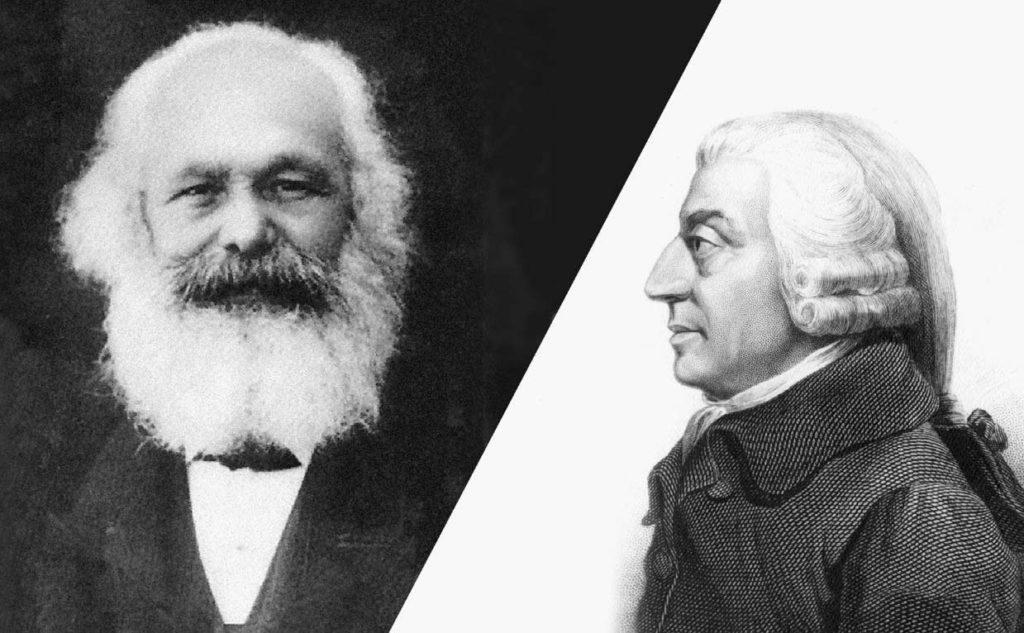 As Pope Francis and Donald Trump finished up their rather brief, and apparently uncomfortable meeting on Wednesday, the Holy Father slipped the president a copy of his 2015 encyclical, “Laudato Si.” That happens to be Francis’ critique of capitalism and the environment and, since Trump is an unrepentant capitalist, the Pope is apparently praying the president will change his ways.The encyclical essentially says that capitalism pushes unwanted and unnecessary consumption on a gullible buying public as capitalists chase higher and higher profits leading to a frenzy of buying and selling. In the end, this leads to greater income inequality, higher poverty, and a degraded environment. As the Vatican report says, “As long as production is increased, little concern is given to whether it is at the cost of future resources or the health of the environment…” In the end, it says, “those really free are the minority who wield economic and financial power.” Francis is clearly leaning towards Marxism.

The Pope has no problem advancing the efficacy of the science of global warming and the damage foretold by environmental scientists; I would only wish he would give the same credibility to the economic science that is at odds with how he believes the economy functions.

“Laudato Si” is written as if Adam Smith’s insight into the functioning of markets and the “invisible hand” never existed or that the theory of trade and exchange, perhaps the most unambiguous benefit of economic thinking, is just an illusion. There is no doubt that free markets tend to imperfections mainly through monopolies and unregulated pollution, as economist William Nordhaus reminds us in his critique of the Pope’s encyclical in The New York Review of Books. Nordhaus tells us that markets have “no automatic mechanisms to guarantee that market outcomes lead to an equitable distribution of income and wealth.” And he’s sympathetic to the encyclical’s claim that businesses often pay only a fraction of damage to the environment.

But these aren’t arguments against capitalism. The blame here falls at the feet of distorted market signals rather than markets themselves. What Pope Francis doesn’t grasp is that getting rid of markets, or the pricing system that embodies thousands of unplanned market signals, and moving to a more socialized economy would unquestionably lead to even more environmental damage. For proof, look at the grotesque ecological mess left behind by the Soviet Union. Where markets don’t exist and central planners reign you will find a degraded environment. As the late University of Toronto environmental economist John Dales reminds us, to live is to pollute. You just get more of it under a command-and-control economy.

Here’s the lesson and the irony: only an economy that grows can create enough wealth for a cleaner environment to exist. Only rising incomes allow countries to prioritize improved environmental protection, health care, education and social welfare. And that wealth is only created through free markets.

Pope Francis may believe that mindless consumerism has distorted our ethical priorities, but who is to say what consumers want rather than need? To assume that wealth leads only to unwanted junk is subjective and elitist. Growing incomes and wealth allows us a higher standard of living with better medicines, higher learning, more research and development, travel, leisure; in short all the things that make life better. Whenever someone waxes nostalgic for simpler times past, give them this two-word answer: Victorian dentistry.

And let’s shed this notion that markets lead to more poverty around the world. The evidence is now clear that after the introduction of just marginally freer markets in previously closed economies such as India and China, hundreds of millions of people have been pulled from poverty. Thirty years ago, half the world’s population lived in extreme poverty, that number is now down to 21 per cent.

The Pope more than anyone should understand this given the lessons of his own country, Argentina. In the early ’50s, Argentina and Canada had a similar per capita GDP. After Argentina embraced socialism, the divergence was shocking: Canada’s per capita GDP is now 120-per-cent higher. Socialist Venezuela is now on the verge of total collapse; 75 per cent of the population has lost 19 pounds over the past year and 82 per cent now live in poverty.

Of course, President Trump is hardly a defender of free trade, markets or competition. But at least he realizes that capitalism is a more humanitarian system than any alternative. Should the Pope pay a visit to the United States, the president can reciprocate by putting a copy of the Wealth of Nations in Francis’ luggage. Along, of course, with The Art of the Deal.

–
Patrick Luciani is a Senior Fellow at the Atlantic Institute for Market Studies (AIMS.ca).