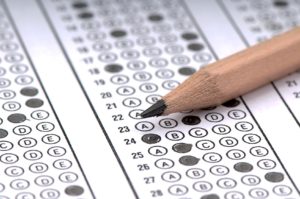 P.E.I. plans to continue using standardized tests in schools and may even look to expand them. This should come as little surprise, particularly since a recent review by RMJ Assessments, an Ontario-based consulting firm, concluded that P.E.I.’s standardized tests had a positive impact on student achievement. Since these tests were introduced in 2007, P.E.I. students have performed steadily better on national and international literacy and numeracy assessments.

Unfortunately, it was disappointing that the P.E.I. Teachers’ Federation panned the review and used the opportunity to criticize standardized testing. Interestingly, the Federation’s president, Bethany MacLeod, avoided directly calling for the tests to be scrapped but focused instead on the lack of supports in place after these tests take place. Then she made a rather curious comment during a CBC Radio interview.

“It’s not that we’re against assessments but the fact that supports aren’t in place once the assessments are done. It’s kind of like going to the doctor—finding out you have a broken leg and then being told ‘Well I’m sorry we don’t have money for a cast, so you just have to go home,” explained MacLeod.

This is an interesting change in tune for the Federation, which, up until now, has made no secret of its desire to scrap standardized testing entirely. Now, the Federation’s president says that she isn’t necessarily opposed to these tests as long as adequate supports are in place for classroom teachers afterwards. There are a number of likely reasons for this shift in communication strategy.

In other words, scrapping the entire standardized testing program would only enable P.E.I. to hire approximately a dozen additional teachers across the Island. To put a different spin on MacLeod’s doctor analogy, it would make about as much sense as removing all medical diagnostic equipment and using the money saved to hire a few extra family doctors. Simply put, trying to save money by scrapping standardized testing would be penny wise and pound foolish.

Finally, perhaps the Federation has decided that it can no longer in good conscience call for standardized testing to be scrapped entirely when its positive effects on student achievement are so well-documented. Prior to the introduction of theses tests in 2007, P.E.I. students performed last in the country in numeracy and literacy. Now they score above the national average.

It isn’t hard to see why standardized testing is beneficial for students. These tests provide a benchmark for success and ensure that teachers cover the key elements of the curriculum each year. Just as a standardized eye examination helps optometrists accurately diagnose eyesight, standardized tests help teachers objectively assess student achievement.

Michael Zwaagstra is a research fellow with the Atlantic Institute for Market Studies and a public high school teacher.