Selling the farm, and quotas

Selling the farm, and quotas 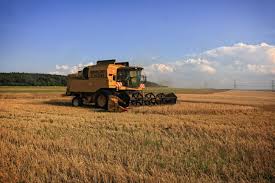 Most people expected an electoral budget, and that is exactly what Canadians got. For the agrifood sector, the budget was underwhelming at best, and provided little hope for the near future.

Let’s start with supply management. It was interesting to see that the Liberals opted to do exactly what the Harper Government did in the middle of an election campaign, back in 2015. At the time, the Conservatives hastily announced an out-of-nowhere $4 billion compensation package for supply-managed sectors, amidst signing the defunct Transpacific Partnership (TPP) agreement, now known as Comprehensive and Progressive Agreement for Trans-Pacific Partnership (CPTPP). Coming in the middle of an election campaign, the program announced by the Conservatives at the time was largely improvised. As in 2015, the Liberals provided no hint as to how they intend to make our supply-managed sectors more competitive in the future. Monies will be allocated based on speculation and presumptions, just to buy peace, since no timeline for the compensation was provided.

This time, the sum of $3.9 billion in funding is budgeted, which includes $2.15 billion in direct compensation. The sum also includes another $1.5 billion for a Quota Value Guarantee Program that would be applied on an on-demand basis when the quota has been sold. In other words, Canadians will be acquiring quotas back from farmers, initially given out years ago, and at no charge. The motivation to procure votes in Quebec for the upcoming election was extremely obvious. To do this right, the budget should have also looked beyond supply management, to support other sectors that are also negatively affected by trade.

So, this is the path chosen by the Liberals. We get to keep an outdated system while subsidizing farmers who have prided themselves for years on not accepting public subsidies. Compensating farmers without a plan for the future of supply management is the worst possible scenario for everyone, starting with the farmers themselves. They will only see their sector shrink further, especially in dairy, and many more farms will disappear with no strategy for less populous regions in the country, like the Prairies and the Atlantic. This will be a slow and painful way to go.

Nothing is planned for other commodities, including canola, pulses and others, affected by quasi-embargoes and trade disputes. There is a small budget, at least, set aside for African Swine Fever, a disaster-in-waiting for our hog sector. It is just a mater of time before the disease hits North America. Once it does, we’ll need to brace ourselves for another mad cow type of scenario.

What was interesting is that the compensation program does not extend to concessions made under NAFTA 2.0, also known as the United States, Mexico and Canada Agreement. This is likely the Liberals’ way of stating that the deal is damaging for many agricultural sectors and therefore stands little or no chance of being ratified. This is as good an admission as we will get from the Liberals, and we should not expect more. It is also probably the only thing which made sense for the agrifood sector in this budget.

Some provisions were made for a food strategy. If Canada wants to make good on the aspirations of our newly-minted Food Guide, our agricultural landscape will need to change, and follow a new, much needed strategy. We need more fruits and vegetables in this country. However, a budget of $134 million over 5 years towards this end is hardly anything. Quebec, a province with a population of under 9 million and which has just adopted its own food strategy, is spending more than double that sum, in this year alone. In other words, Ottawa has no idea what it takes in terms of funding to give the country a robust food strategy.

As for broadband internet in rural areas, the federal government intends to invest $1.7 billion in new infrastructure and satellite technology. This is obviously long overdue, but that sum will be spent over 10 years, and requires support from the private sector. By 2030, who knows if the technology will be adequate for farmers to connect with the modern world.

Our food processing folks, who represent the largest manufacturing sector in the country, were given peanuts. The budget plans to award $100 million to support innovation and plant upkeep projects. Given that the cradle of food innovation has always been food processing, that sum is almost insulting to the 250,000 people working in this sector.

A total of $24 million is dedicated to food fraud, in support of the Canadian Food Inspection Agency (CFIA)’s effort to crack down on the cheaters. It is estimated that food fraud is costing our agrifood sector anywhere between $10 to $30 billion a year. This problem is massive, so the CFIA needs all the help it can get.

What was largely forgotten in the Federal Budget are export targets suggested by the Agriculture and Agri-Food Economic Strategy, released in September of last year. Shockingly, nothing – not one cent – was allocated to support the sector in achieving its ambitious $85 billion goal by 2025.

For agrifood, this budget regrettably doesn’t accomplish much, other than admitting that the USMCA trade agreement was a bad deal. But everyone knew that already. For the rest, the budget feels like the Liberals, an urban-focused government, are simply checking boxes to please a sector that it barely understands. But Canadians are smarter than that.