Raise the bar and close the gap: What more can be done for Halifax schools?

Raise the bar and close the gap: What more can be done for Halifax schools? 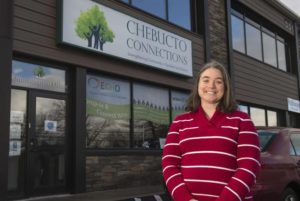 Talking with Halifax principal Gord McKelvie restores your faith in the potential for schools to make a difference in the lives of teens in challenging circumstances.

“It’s a unique and closely-knit community,” he says, “and students here have far more supports than in my day. We know our students and work hard to keep them on track and in school.”

Smaller schools have real advantages, especially at the high school level. With some 670 students from grades 10 to 12, McKelvie’s school is not only the centre of life for Spryfield teens, but the place to access a whole range of support services, such as Schools Plus, the Teen Health Centre and a program called Pathways to Education.

“Transition planning is critical,” says J.L. Ilsley vice-principal Victoria Best, “and we make sure incoming students are in the right courses, particularly in mathematics. We get as many as possible off individual program plans (IPPs) and are more flexible in helping struggling students to recover potentially lost credits.”

Pathways to Education has paid off. One-third of the school’s incoming crop of 225 students are from the designated Pathways postal code districts and enrolled in the after-school tutoring program.

“Pathways has been a wonderful addition to J.L. Ilsley,” McKelvie says, “and, judging from the growing number of graduates, it’s had a big impact upon this community.”

The Spryfield high school exemplifies a school in what might be termed “permanent improvement mode.” Every day, senior staff and administrators demonstrate that it’s possible to positively change students’ lives and their life trajectories.

Students’ results at St. Stephen’s Elementary School in north-end Halifax are much improved, too, but it likely has also to do with demographic shifts associated with the “gentrification” of that school zone.

Bright spots can be identified here and there across the Halifax school system. But an analysis of student achievement trends, school by school, over the past decade shows that initiatives to close the gap, from “Good Schools to Great Schools” (2009-13) to “Priority Schools” (2014-18), have barely made a dent in the problem of educational inequalities.

Those initiatives were driven by putting “learning supports” in place in the classroom. The unstated assumption was that the priority was rectifying deficits rather than raising standards across the board. Grade inflation, eliminating provincial exams and rising high school graduation rates were taking care of concerns about lagging achievement in mathematics at higher grade levels.

The Gap — from the Outside Looking In

Halifax school improvement efforts look different when viewed from outside the system. Mark Fraser, the former chair of the Halifax Chamber of Commerce, worked on the city’s poverty reduction project and came away with the distinct impression that the HRSB leadership was “treading water.”

“Getting on top of operational issues was taking priority over tackling longer-term issues related to charting the way forward,” Fraser says.

His successor, Cynthia Dorrington of Vale and Associates, is concerned about students being left behind. “From an employer’s perspective,” she adds, “we continue to have concerns about the levels of literacy and numeracy.”

Problems can go unattended because of the impregnable silos separating schools from community-based services. Promising tutoring programs end up having to be shoehorned into regular school hours. Investing so heavily in staff training and resources is problematic in schools with too much staff turnover. Transient school populations make teaching a challenge and aggravate the turnover problem prevalent among teachers in struggling schools.

Confronted with sliding educational standards and stark achievement gaps, provincial and district education authorities tend to adopt one of three common school improvement strategies. Here is a short description of each:

Challenging students starts at the top and requires a collective effort. Striving for excellence “raises the boats in the water for all” in the school system. It requires a laser-like focus on improving school climate, setting higher curriculum expectations, providing the foundational skills, ensuring teacher effectiveness and better preparing students for post-graduate programs. The HRSB “Good Schools to Great Schools” initiative from 2008-09 to 2012-13, and the provincewide International Baccalaureate diploma program are two prime examples.

Achieving educational equity is the priority and that means recognizing and successfully addressing “learning deficits” and systemic inequities. School leadership is charged with developing “a model of support” to work with identified schools in order to improve achievement by closing the gaps in literacy and mathematics. School support teams are assembled to tackle the deficits using specialized support personnel such as literacy coaches and math mentors. This conventional strategy is best exemplified in the HRSB “Priority Schools” initiative, which now focuses on training educators to be more “culturally responsive” in their teaching practice.

More radical, community-based strategies are in order when conventional “learning support” strategies fall short. Struggling schools are identified, and most discovered to be situated in “postal code districts” with impoverished families and children. Turning around such schools requires a total school reclamation effort engaging not only the principal and teachers, but parents, community groups and social service agencies also.

Simply accepting the “Postal Code Education” as a given will never be good enough for Halifax schools. An analysis of a decade of data, focusing on two specific years but checked against data from intervening years, suggests three strategies to deal with gaps in educational opportunities and outcomes.

The public has a right to know how its public schools are actually performing and, as former superintendent Carole Olsen once said: “Knowing how each school is doing is the first important step in making sure resources and support reach the schools — and the students — that need them the most.” Recognize that informed parents can be allies in school improvement.

Growing student achievement should be a higher priority, system-wide, and that likely means abandoning the current focus on “social promotion” and raising graduation rates. A few steps in that direction would include:

Identify struggling elementary schools in dire need of improvement and declare their attendance zones to be priority neighbourhoods for educational renewal. Expand the existing Learning Supports model to make it part of a broader, community-wide project. Engage active parents and local community groups, and mobilize local enterprise and community services to address the educational inequities. In short, turn priority schools into priority neighbourhoods.

4: Develop a school district version of Pathways to Education

Pathways to Education Spryfield has, by all accounts, succeeded in dramatically raising graduation rates in one of Halifax’s most disadvantaged communities. Instead of waiting for the Toronto-based organization to approve another site, initiate plans to develop community-based programs in Dartmouth North, Halifax’s north end, North Preston and Woodside. Set a target of raising student grades and reducing the dropout rate in those communities.

Develop a much broader, more comprehensive plan to advance educational excellence and equity, together, rather than focusing almost exclusively on raising the achievement levels of those consistently performing below provincial standards. Improving schools involves raising the bar as well as ministering to the needs of those falling between the cracks.

Halifax superintendent Elwin LeRoux is an optimist, by nature, and sounds undaunted by the everyday challenges facing the system. Surveying the legacy of the “Good Schools to Great Schools” initiative, he remains determined to stay the course and press on with a more “differentiated approach” tailored to the unique needs of schools across the spectrum.

“All of our schools are still expected to improve,” he says, “but they start from different places.”

Paul W. Bennett, director of Schoolhouse Institute, Halifax, is the author of Raising the Bar and Closing the Gap: Schools, Income and Student Success