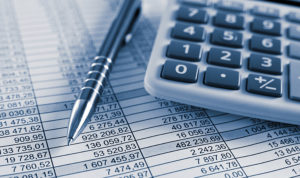 Reports by the province’s Auditor General and the federal Parliamentary Budget Officer are reminders that the provincial government continues to face a serious financial problem. If current trends continue, the cash deficit this year will be almost $2.0 billion. Muskrat Falls costs may be under control, but even if the costs are the mere $13 billion currently forecast, the rate mitigation policy the Premier described in July commits the government to additional spending in 2021 that starts at around $844 million and climbs every year for decades afterward.

The most significant change for spending in the government’s 2016 plan was supposed to address long-standing problems with the cost of benefits across the different contracts for government employees. The goal was to preserve benefits and reduce costs while bringing benefits into line across the provincial public service. Other provinces have done the same thing. Newfoundland and Labrador hasn’t.

Now, the key message from the provincial government to the unions and the rest of the province assumes the government can choose between getting to grips with the financial problem or delaying action until after the 2019 election. This is a false choice.

The government has not turned any corners at all. The bond-rating agencies have already warned the government that delay in implementing the existing financial plan could lead to a downgrade in the province’s rating. A downgrade would increase the cost of borrowing and limit the pool of money available to borrow. That would cause more problems since the plan, as it is, depends heavily on the government’s ability to borrow billions over the next five to seven years.

As AIMS noted last spring, the provincial government has options to gets its financial house in order while improving the economy and delivering services to the public at a cost the people of Newfoundland and Labrador can afford.  Abandoning the 2016 plan or even delaying it a couple of years for political reasons isn’t one of them. That may be politically attractive in the short run, but it would only make the problems that much worse now and in the future.