Presentation to Senate Committee on Trade

On May 11, 2016, AIMS President Marco Navarro-Génie testified before the Senate Committee on Banking, Trade and Commerce, in a hearing about internal trade within Canada. In his statement, he recommended that the federal government encourage open borders, and that the Atlantic Province join the New West Partnership Trade Agreement.

“It is proposed that they shall united…with the purposes of commerce, for the defense of our common country, and to develop the vast natural resources of our united domains…” -George Brown, February 8, 1865 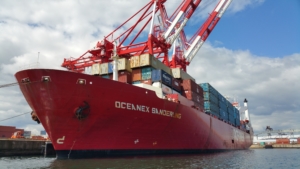 Founded as a naval garrison, Halifax has become a robustly competitive trading port.

Trade is crucially important to the Atlantic Region.

It was present in the minds and dreams of key figures involved in the creation of the Dominion of Canada that the new entity would give us free trade.

In the last decade or so, our country has made significant efforts in developing trade with other countries. But on internal trade, we have fallen short of the dreams and promises of the Dominion’s Founders.

That’s why I would like to focus on internal trade here today, and present a bold idea.

As John A Macdonald put it in 1865, the new project would “establish a commercial union, with unrestricted free trade, between people of the five provinces.” This was reflected in Section 121 of the 1867 Constitution, which read as follows:

All Articles of the Growth, Produce, or Manufacture of any one of the Provinces shall, from and after the Union, be admitted free into each of the other Provinces.

While the legal meaning of  “admitted free” is challenging, there is consensus that each province can determine in its own jurisdiction how a product may be distributed or sold, once it has entered freely. Without interfering with any province’s right, one cannot deny that some provincial forces have opposed the spirit of the framers’ ambition for free trade.

During the debates and considerations in the 1860s that led to the creation of the Dominion, it was very much in the mind of leaders and legislators that joining something larger than each colony would lead to commercial and political benefits. “Liberating the energy and ingenuity” of peoples was George Brown’s phrase, meaning liberation from parochial restrictions of culture and from the impositions of local chieftains.

Nova Scotia’s Ivany Report – entitled One Nova Scotia – pointed out that the province will careen toward an economic cliff unless a series of policies is changed or reversed.

It recommended that a culture of entrepreneurship be fostered, and mentioned trade as one of the ways in which Nova Scotia can grow its economy and weather a perfect economic storm.

To name but a few of the factors involved in this storm:  out migration, rising taxes, mounting debt, ageing population, hollowing out of the country side, decaying infrastructure, flight of capital, sliding productivity, and underperforming education.

Around the Atlantic Region, the provinces recognize that the Ivany analysis also applies to them with small variations.

The Ivany Report is permeated by a sense of urgency, evidenced in its subtitle: “Now or Never.”  It conveys a concern that people will spend months and years debating, without acting with the swiftness required to correct economic deficiencies before it is too late.

At the Atlantic Institute for Market Studies, we make two recommendations. One to each of the constitutional levels of government:

If the Eastern Canadian provinces were to join Western Canadians in removing obstacles to trade, they would strengthen the fabric of our country, develop closer bonds between East and West, and underscore the need and desire to have the Energy East pipeline completed.

The Atlantic joining the Pacific, as it were, may have a salutary effect on us once more and can pave the way of the future toward more liberalized internal trade in the whole of Canada.

Finally, we could fulfil the dream of the Founders of the Dominion a century and a half ago, echoed in the words of George Brown: “…the proposal now before us is to throw down all barriers between the provinces.”