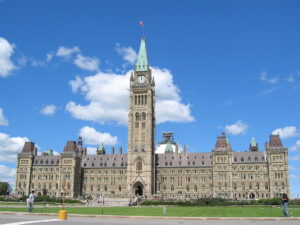 The controversies that have erupted over equalization in recent days must seem tiresome to many Canadians.

Our national debates on equalization have been marked by conflict, obscure technical jargon, little research on the impact of the program, excessive vitriol and federal failure to measure comparability of provincial programming across Canada, the principal stated goal of the program.

Many Canadians have tuned out. They cannot effectively deal with discussions that have become inaccessible to them.

This inaccessibility is tragic because the program negatively affects the lives of all Canadians. Equalization type arrangements have also been incorporated into other federal programs which also negatively impacts individual Canadians.

Canadians are poorer because of equalization in several ways.

Atlantic Canadians are poorer because equalization has enabled excessive expenditures on each province’s public sector that should make political leaders in those provinces blush.

In turn these excessive public sectors have lead to high tax regimes which means less money in people’s pockets. They have also produced local economies that are no longer competitive.

The four Atlantic provinces are at the bottom of the list of all Canadian provinces and US states in terms of growth.

Ontarians are poorer because they have spent several hundred billion dollars over the years to support equalization and equalization type arrangements in other programs.

Just as seriously, Ontarians are poorer because they have less access to doctors, nurses, hospital beds, nursing homes, community colleges and universities than other Canadians.

Expenditures on equalization and related programs have corroded Ontario’s foundations to the point that the province cannot provide the services people need at levels provided elsewhere by the funds that Ontario citizens disproportionately provide.

Albertans are also poorer because provincial taxpayers have been required to provide, for many years, more than $20 billion annually to support programming elsewhere. This is a remarkable burden for a population of 4.3 million.

They are poorer also because equalization is not designed to assist when there are drastic changes in provincial circumstances.

Quebecers have been able to avoid some of the worst effects of federal regional subsidies because these are not as large, relative to the economy as a whole, as they are in Atlantic Canada and Manitoba.

However, fifty years of massive subsidies from other Canadians have not helped Quebec compete more effectively. It is near the bottom of North American jurisdictions in economic growth and its productivity is below the Canadian average.

They are unfair, first, because they are capricious.

The federal government has never studied the economic impact of equalization in different provinces. As noted earlier, it has never measured the program against its stated goal. Finally, it has never tabulated, in any public document, the full range of regional subsidies it provides.

They are a form of financial gerrymandering that diverts funds, in many cases, toward areas that are overrepresented in the House of Commons instead of areas with demonstrated population need.

A federal vote in Charlottetown is worth four votes in Toronto so up to one third of all income generated on Prince Edward comes from massive net inflows of funds to that province from the federal treasury.

Equalization and related arrangements in other programs are also unfair because the federal government has made offensive distinctions among similarly situated citizens in administering them. For example, a program providing EI for self-employed fishers is available but similar support is not available for any other group of self-employed people.

There is no ethical basis for deciding that self employed fishers merit support when they have employment difficulties but that no other group of self-employed people does.

For many years, the problems associated by equalization have been compounded by repeated observations from political leaders that it is in the constitution and therefor difficult to change.

The constitution permits almost complete flexibility in changing equalization and related programming. All that is guaranteed in the constitution is commitment to the principle of equalization, not any funding mechanism nor level of payments. There is ample scope for reform.

Reform is urgently needed, and the time is now. In the era of Trump, Canada needs to modernize programs such as equalization that damage national competitiveness at a time when competitiveness is needed more than ever.

The federal government should reconsider its decision to renew equalization and instead embark on a proper process, beginning with of legislative hearings, so that it can be renewed thoughtfully and for the future.

Marco Navarro-Genie is president of the Atlantic Institute for Market Studies. Peter Holle is president and CEO of the Frontier Centre for Public Policy. David Mackinnon is a senior fellow at both organizations.