Prince Edward Island Premier Wade Maclauchlan should be commended for his stance on internal trade barriers. After a premiers’ meeting in Whitehorse, he argued against the negative list concept and advocated that all province move to a standard regulatory regime. This article appeared in the Chronicle Herald, the Telegraph-Journal, the Charlottetown Guardian, and the Journal-Pioneer. 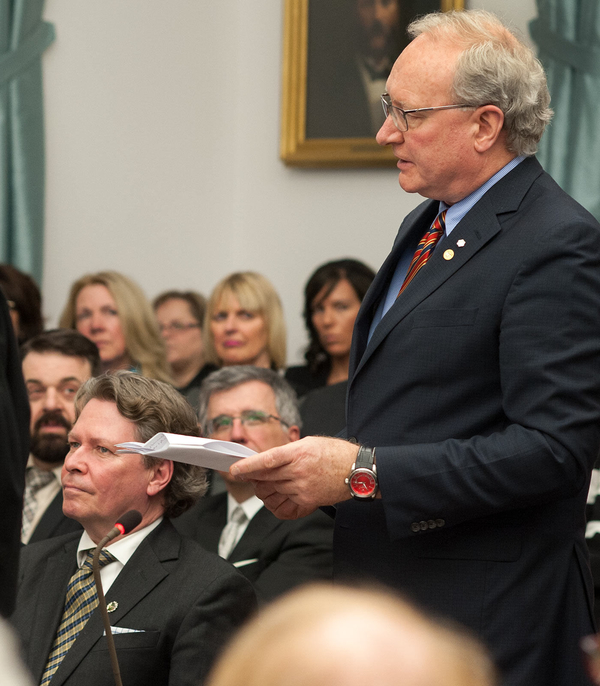 Lowering barriers to Canadian internal trade is a serious priority for commerce and opportunity. Yet provincial governments have impeded the cause for decades. The agenda of First Ministers meetings is often dominated by complaints to the federal government, rather than negotiating improvements to trading regimes.

In July, the premiers met in Whitehorse to deal specifically with the matter of interprovincial trade. We will not know the details of the actual agreement for months to come, though we do know that the proposal falls short in many important areas. For instance, it does not include a necessary enforcement regime with substantial penalties for provinces that stubbornly maintain protectionist measures.

But comments by P.E.I. Premier Wade MacLauchlan offer encouragement. MacLauchlan told the CBC that he favours the removal of all barriers to trade, arguing against the “negative list” concept in which provinces can exclude specific items from outside competition. “Everyone should move to the same standard,” he said, noting that he was not the only premier with this view.

As a constitutional scholar by trade, Premier MacLauchlan doubtless understands the thorny status of internal trade impediments within the Canadian system. A central aim of Confederation was to boost trade between the provinces; the British North America Act intimates a demand for what we would now call free trade.

In the Maritimes, collaborative efforts to amalgamate standards have made some small progress, such as on pay stubs and workplace compensation regulations. Generally speaking, however, the differing regulatory systems, particularly for the transport industry, continue to complicate trade.

Premier MacLauchlan included alcohol in his pro-trade statement. He was right to do so, for provincial regulations on such products are among the most egregious of protectionist measures. There are local advantages in closed borders, but they accrue mostly to the state, not to consumers. If barriers dropped, New Brunswick’s government would lose some substantial portion of the $160-million per year that its liquor commission “earns” from strictly controlling the alcohol market. But there is a great, and largely unseen, cost to the wider population from maintaining this policy, particularly in having to pay above-market rates for beer and wine.

The Canadian Federation of Independent Business estimates that internal barriers “cost Canada’s economy as much as $14-billion each year.” Eliminating these barriers would disadvantage narrow provincial interests in the short term, but on the whole it would improve the economy, including local economies here in Atlantic Canada. Freeing up that much money would grow the private sector. Plus, it would help a vast swath of individual Canadians, instead of a handful of producers and suppliers who benefit from the current system.

The single actor with the most power here remains the federal government, which has three legal avenues to ensure trade liberalization.

First, Gerard Comeau’s cross-border alcohol case is being appealed to the New Brunswick Court of Appeal. Ottawa could ask the Supreme Court to interpret Section 121, which says that “All Articles of the Growth, Produce, or Manufacture of any one of the Provinces shall … be admitted free into each of the other Provinces.” It is possible that the court would uphold a New Brunswick court ruling that found the province’s beer ban unconstitutional.

In a Supreme Court reference case, any of these arguments could imperil the illiberal regime of provincial barriers. A favourable ruling would empower Parliament to legislate against all manner of trade impediment and disparate standards.

Ottawa is rightly working hard to ratify free trade with the European Union’s 28 member states, but has been noticeably absent from the discussions about barrier reductions within Canada. It needs to take a more active role here at home. This means leading a campaign in favour of the founder’s vision, participating in the ongoing discussion between premiers and promoting the issue as a central topic for Parliament.

Whether through the courts or political means, the federal government needs to end internal trade barriers for good.