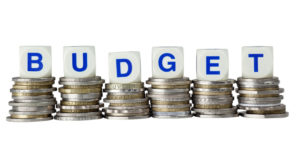 The provincial government continues to predict that its annual budget will return to surplus by 2022.   There are reasons to doubt this forecast let alone avoid financial problems in the future.

First, the Government of Newfoundland and Labrador faces the same strategic financial problems it has faced for most of the past decade. It continues and likely will continue to run cash deficits that have averaged more than $2.1 billion annually since 2015. Zero-based budgeting and other tweaks to government operations have only produced modest changes to the government’s financial trajectory.

Third, the current plan calls for decreases in spending in the last years of the planning period.   One bond rating agency has warned that this is a risk since the provincial government would have to make significant reductions in spending in addition to controlling for inflation. There is no indication how the government plans to achieve the reductions. One may add to that risk the fact that the current administration has had difficulty keeping to its Budget 2016 plan which involved far less dramatic changes to spending.

Fourth, the provincial government’s budget is increasingly vulnerable to factors beyond its control since about 40 percent of the budget (on a cash basis) relies on revenue from deficits (borrowing) and mineral/oil royalties. Oil and mineral prices can change dramatically, as we have already seen. On top of that, the provincial government will be borrowing in American dollars in the future. Oil and currency are subject to changes in value that the government cannot control. As in the past, this will upset government’s spending and revenue plans.

Fifth, add to that risk the plan to increase oil and gas production beyond what will occur with Hebron’s growing output. This contradicts the earlier commitment to reduce government’s reliance on oil revenues but, more importantly, it reintroduces the problem of spending based on highly unreliable oil prices.

This is how the government got into a problem in the first place and, sixth, apparently signals a return to other old attitudes that we know do not work. The finance minister and Premier have begun to speak publicly about the cost of delivering services. This is another way of redefining the government’s financial problem as a revenue issue, not a spending one. The return to old rhetoric also used by the public sector unions suggests the government has abandoned its commitment to the cost reductions needed to achieve the targets in Budget 2016 let alone 2018. As well, the prospect of old attitudes reinforces concern that the government lacks the will to achieve reductions in the final year of its current plan.

The provincial government has viable options to gets its financial house in order while improving the economy and delivering services to the public at a cost the people of Newfoundland and Labrador can afford.   Abandoning the 2016 plan, or even delaying it a couple of years for political reasons, isn’t one of them. While it may be politically attractive in the short run, it would only worsen the problems in the medium- and long-term.