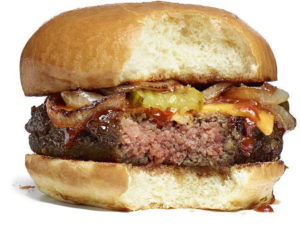 McMaster University’s Population Health Research Institute just released a major study comparing the benefits of various diets around the world. After surveying 135,000 people over seven years in 18 countries, the study concluded that we should be eating more fats, more fruits and vegetables and fewer sugary carbohydrates.

According to the lead author, Mahshid Dehgha, those who got at least 30 per cent of their food intake from fats, saturated or unsaturated, lowered their mortality risk. This is good news for those who like cheese, burgers and their coffee with cream.

Given the hundreds of food studies pouring out of dozens of medical journals, how seriously should we take this one?

One way to look at it is to classify medical studies into two categories. First, there are randomized controlled clinical trials or RCTs, the gold standard of medical research. RCT research on animals and humans can control for variables to isolate the effects of the drug or treatment under study, although there are limitations even under ideal conditions.

For instance, you can’t generalize from small sample groups to the whole population. Dangerous and adverse effects sometimes show up only after long periods following the initial study phase. Recent research also shows that many medical studies can’t be replicated or are just plain wrong.

There are also ethical concerns. Even in food studies, researchers can’t subject patients to harmful diets or confine them for months just to see what happens. Humans aren’t lab rats.

That’s why most nutrition studies — including the McMaster study — are the second type, observational studies, and rely on food diaries. Unfortunately, food diaries, or “food frequency questionnaires” are notoriously unreliable.

People don’t always tell the truth, either because they can’t remember or they don’t want to admit everything they’ve eaten, leaving many of these studies deeply flawed. Authors in one recent study in the International Journal of Obesity claim the data from self-reported food studies are so poor they have no place in scientific research. That’s a stunning conclusion, given that public-health policies rely heavily on this work.

The McMaster researchers report a meaningful correlation between a higher-fat diet and fewer deaths. But any first-year stats student knows that correlation is fallible. Other factors come into play, such as family history, exercise, income levels, and so on.

Another is that when it comes to nutrition research, contradictions abound. If one famous study finds that, against all conventional nutritional wisdom, diets high in fat and low in carbohydrates (essentially, the Atkins diet) makes us thinner. Other studies claim the opposite.

In 2003, researchers at the University of Pennsylvania didn’t find much difference whether someone was on high-fat, low-carbohydrate diet or a high-carbohydrate and low-fat diet. In a follow-up study seven years later, the results were the same, except in both cases most of the weight returned when the diets ended. If there’s an iron law of weight loss through diets, it’s that lost pounds return with a vengeance. How the human body metabolizes foods and how different we all are is a complicated business we have a lot still to learn about.

These studies leave doctors and dieticians in a quandary about what to recommend to their patients. Cheese, milk, butter, eggs and beef have all been denigrated as bad foods, only to have further research overturn those results. Even the one truism in nutrition that breakfast was not to be skipped now has as many studies refuting the theory as defending it. Then there’s the question of the health costs of carrying too much weight. Studies now indicate that carrying a little bit of extra weight might actually help us live longer.

The McMaster study nudges the needle in the direction of a more balanced diet. No grand revelation there, but at least it has the virtue of common sense. The real news is that nutritionists have been telling us for years to load up on the low-fat products that now fill our grocery aisles. If that now is turning out to have been a bad idea, it wasn’t for lack of research.

Patrick Luciani is Senior Fellow at the Atlantic Institute for Market Studies.