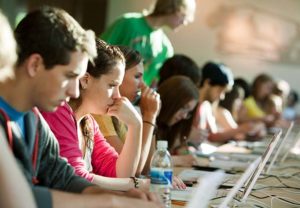 The latest test results from the Pan-Canadian Assessment Program (PCAP) reveal that Prince Edward Island students scored among the highest in the country. It is impressive, but even more so when we remember that a decade ago P.E.I. scored at the bottom of Canadian provinces.

One should not read too much into the results of one assessment, particularly since PCAP measures only a sample of Grade 8 students. However, P.E.I. has seen similar gains on the international PISA assessment that takes place every three years. When two separate standardized assessment instruments show similar results, there is good reason to take the information seriously.

It isn’t hard to see why standardized testing makes a difference. Simply put, it ensures that curriculum outcomes are taught. It is too easy for school administrators to introduce numerous initiatives that teachers know burn their time to cover the entire curriculum. Standardized testing gives teachers the incentive to push back on fads, and to point out that students need to prepare for upcoming provincial standardized tests.

Unfortunately, the Prince Edward Island Teachers’ Federation continues to oppose standardized testing. In particular, the Federation thinks that the provincial government should scrap these tests and use the money to improve classroom conditions.

The problem with this proposal is that the provincial government spends only $1.2 million on assessment each year. With a total annual budget of about $274 million, standardized testing makes up less than one-half of a percent of the education budget.

However, the government needs to do more.

In order to make further improvements in student achievement, the government needs to revise the curriculum and place greater emphasis on subject-specific content knowledge. Like other provinces, P.E.I. is heavily influenced by the 21st Century Learning Skills movement.

This movement, represented in this country by the organization C21 Canada, believes it is more important to teach students so-called transferable skills than to help them acquire content knowledge. Because the world is changing so quickly, C21 advocates claim that there is no point in having students memorize facts that will soon be outdated. Rather, students should learn what Ontario education guru Michael Fullan calls the 6 Cs: character, citizenship, collaboration, critical thinking, communication, and creativity.

However, the 6 Cs omit the most important C of all—content. Every subject has specific knowledge that students need to master, and without that content, students cannot think critically about a subject, communicate effectively about it, or collaborate meaningfully with others. Unless students have content knowledge, the 6 Cs are useless.

Math is one of the subjects hit hardest by this approach. In 2015, the C.D. Howe Institute published a report authored by math professor Anna Stokke, pointing out that math curricula across Canada put too little emphasis on direct learning strategies such as memorizing multiplication tables and practicing long division. P.E.I. educational officials cannot afford to be complacent. In the latest PCAP results, math was the one subject where P.E.I. students scored below the national average.

Another reason to increase content knowledge in the curriculum is that it directly influences reading comprehension. Many research studies confirm that students with prior background knowledge about the topic of an article or book are most likely to be able to understand what they read. It means that students need to learn as much as possible in as many subjects as they can. Instead of reducing content in the curriculum, education officials need to increase it.

Thus, P.E.I. needs to do two things in order to further improve student achievement. Keep standardized tests in place, even though the Teachers’ Federation is against them, and revise all the provincial curriculum guides to reflect a knowledge-rich emphasis.