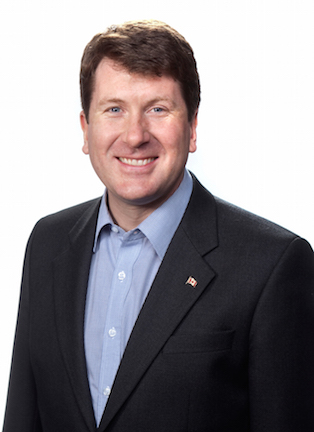 AIMS Vice President of Research John Williamson writes that, since 2010, Great Britain has created more jobs than the rest of the European Union combined. Part of its success has been a willingness to quickly adjust tax policy to poor conditions – a willingness that should be emulated in New Brunswick. Read this article on the Telegraph-Journal website.

During the recent Brexit referendum, the Leave campaign had an answer for what the United Kingdom’s trade relationship might look like if voters elected to break away from the European Union: Canada.

We’re a nation of 36 million and we’ve entered numerous trade liberalization deals with countries large and small, beginning with a free trade agreement with the United States in 1989. Mexico joined as a member of the North American Free Trade Agreement in 1994. More recently, we concluded a treaty with the EU. These agreements give Canada access to huge markets covering two continents with 850 million consumers.

If plucky Canada can accomplish this, many British voters believe Westminster Palace, their nation’s Parliament, can too. And so as the U.K. prepares for its new relationship outside the EU, its government has already opened talks with Ottawa on a free trade deal. This is an economic opportunity our federal government should prioritize.

But if Canada is a model for Britain on trade relations with the rest of the world, policymakers in New Brunswick should emulate Westminster’s economic and budget policies. Our province, like Britain, is located on the periphery of a large continent. Yet when it comes to job creation, the U.K. has demonstrated an impressive ability to tailor its policies to difficult economic circumstances.

Britain has a strong jobs record. According to that country’s Office for National Statistics, the national unemployment rate hit a ten-year low this year and sits at 5 per cent. By way of comparison, New Brunswick stands at a high 10.3 per cent and Canada sits at 6.8 per cent.

Since 2010, more jobs have been created in the U.K. than in the rest of the EU. This accomplishment is so remarkable it bears repeating: Britain, with a population of 65 million has put more people to work than the other 27 EU nations combined. The EU’s population is 444 million. That’s the equivalent of our province creating more jobs than a province with over 5 million people. In reality, New Brunswick hasn’t lowered its jobless rate since 2010, which is a miserable failure of government policy.

Britain cannot rest on its laurels. Its economic blue skies darkened after the Brexit vote. Investors are unsure if the country will remain a wise place to invest. The U.K. government understands that less investment means a slower economy and fewer jobs.

To signal Britain remains “open for business,” the government has promised to cut the country’s business tax to 15 per cent – five points lower than its current 20 per cent rate. This policy reform will give the U.K. the lowest business tax rate of any major economy. The plan is to build a “super-competitive economy” with low tax rates. Our province has gone in the opposite direction by making New Brunswick one of the highest taxed jurisdictions in North America.

Good policy isn’t limited to the ruling British Conservatives. The country’s last Labour government similarly understood the importance of maintaining consumer confidence eight years ago. In 2008, when the Great Recession began, Labour temporarily cut its national HST by 2.5 per cent. The policy objective was to encourage consumer spending. It gave working families a tax break and poured billions of dollars into the local economy.

Economic growth will be sluggish in New Brunswick this year (again). The Conference Board of Canada is predicting a recession. Our province’s backward response is more of the same: higher taxes. Our HST increased two points on July 1, which will drain $277-million from the pockets of working families this year. New Brunswick consumers were already spending less even before this unnecessary and harmful tax hike. Government revenue from the HST fell 4.2 per cent last year.

Business confidence is also down – corporate tax revenue is expected to fall 12 per cent. Declining tax revenues is evidence of a sick economy. High taxes are slowing economic growth and hurting investment flows in New Brunswick. The result is fewer jobs.

High taxes would be less damaging to New Brunswick if our province was developing new markets. It is well and good to encourage investment in experimental technologies that build on local resources, such as tidal power. But the decision to ban hydraulic fracturing is incomprehensible when unemployment is high and young families are moving West to find work in the very industry that is closed in New Brunswick. Our government instead prays for larger handouts from Ottawa while our workers leave.

Once again, New Brunswick’s future would be brighter following Britain. Onshore hydraulic fracturing was not permitted in Britain until early this summer. This changed after a local government in northern England gave a green light to fracking. Soon after a U.K. parliamentary committee recommended fracking proceed under set conditions.

As in New Brunswick, studies indicate that Britain has large shale gas deposits that could help meet energy needs at an affordable price for generations to come. Fracking in Britain had a long way to go before it becomes an important industry like in the U.S. and western Canada. But Prime Minister Theresa May has been a proponent of developing Britain’s resources and her new government will likely continue the necessary work to show that fracking technology is safe and a benefit to the country. A boost to investment and job creation from gas development will help make that case.

It is a curious thing to cite British policymakers after voters there triggered some economic uncertainly by choosing to leave the EU. But the U.K. government is preparing for a changing future with a series pro-growth policies. Our province’s answer to job loss and slow growth is ever higher taxes and more subsidies for businesses. Those policies don’t work and explain why we sit on the economic sidelines while other provinces and countries continue to create jobs and race ahead of us.