Give trust a chance

Give trust a chance

By John Risley (AIMS Chair of the Board) 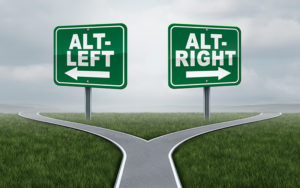 I BELIEVE trust is at the heart of many of the country’s—and indeed the world’s—current challenges. Rather, I should say it is the breakdown of trust within society that is the issue. Consider these examples…

Government: our democratically-elected federal government declares it is a matter of national importance for the country build a pipeline to transport Alberta oil to markets other than the United States. The cost of NOT doing so is tens of billions of dollars a year to the national economy. As one pundit recently told me, it is equivalent to a hospital a week or a school a day. Yet our judicial system tolerates opposition to the extent that the proponent of the pipeline in question, Trans Mountain, defends itself and the project successfully in 17 different court battles, loses in the 18th—and the project is stopped dead in its tracks. Is this the role of our judiciary? Is it the responsibility of government to get things done or to postpone them indefinitely as long as there is any opposition? Do we not have the ability as a society to say enough is enough? Are we not capable of having the same sort of confidence in government which allows roads and airports to be built, accepting that they are a necessary part of a growing economy? When an elected government wants and authorizes a project it deems to be in the national interest, is that not enough?

Of course it is the right of environmental groups and other concerned citizens to object. But no one elected them to run the country and I for one am very tired of handing them the reins. There is only one climate, the global one, and yes we should be cleaning up the environment and being responsible, but not one extra gallon of gasoline will be burned because the world, rather than just the U.S., has access to Alberta oil. The world will ultimately wean itself off hydrocarbons, as it must, if for no other reason than because it is a finite resource. In the run-up to that day, it is incumbent on Canada to take advantage of the gift we have been given in the form of abundant energy sources.

Globalization: to many, this has manifested itself in the form of new opportunities, good jobs in exciting new areas and good incomes. To others it has meant economic hardship, job losses, and discovering that the skillsets with which you once made a living are no longer in demand. A well-functioning society should make sure there are adequate re-training opportunities, transitional supports and an understanding that those lucky enough to benefit have a responsibility to help those who have not or cannot. This has not happened. Income inequality and the extent to which it is getting worse, not better, is one of the greatest challenges we face. Those on the losing end of globalization have lost their faith the system works for them and they take their anger out on political incumbents by booting them out of office.

Our financial institutions: banks used to enjoy an almost revered status in the communities they served. Bank managers were asked to dispense advice for all sorts of matters, even lifestyle decisions. Just being a bank executive conferred a certain prestige, an element of automatic respect and status. The crisis of ’08 destroyed all that. Banks now attract more scorn than respect and are perceived as being part of the problem, not producers of society’s solutions. This is a great shame. Banks are an integral part of a vibrant economy; the provision of credit and the role banks play in holding savings and moving money around the world is absolutely vital.

With the decline of trust comes a loss of respect. We need to offer democraticallyelected governments both and should they not pursue policies to your liking then by all means vote against them, protest, express your views—but let them carry out their responsibilities. Understand the pace of change is inherently unfair to those not able to adjust, but that attempts to slow or stop that change will incur more costs and ultimately greater displacement than embracing it. Certainly become a more caring society, but understand the costs and ability to do just that are dependent on a quickly growing, globally competitive economy. There are lots of difficult questions but few easy answers. Populism can become a vent for frustration but produces no solutions.

Listen, learn, be patient. Trust can pay big dividends if you give it a chance.