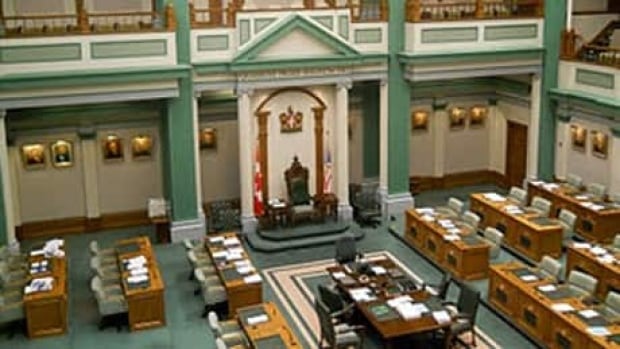 Ferryland district MHA Keith Hutchings wrote in a letter to The Telegram recently, “It is time … to challenge the federal government on our province’s share of equalization.” (“Why isn’t the government demanding equalization?” Nov. 14).

In his opinion, accepting that Newfoundland and Labrador is currently ineligible for equalization transfers is “essentially waving the white flag of surrender over a federal program that we, as Newfoundlanders and Labradorians, have as much right to as any other province.”

While Hutchings’ sentiment is right, his proposal is not technically possible under the rules. Equalization is not a conventional entitlement for which one applies in a time of need. The requirement from Section 36(2) of the Constitution Act of 1982 seeks “to ensure that provincial governments have sufficient revenues to provide reasonably comparable levels of public service at reasonably comparable levels of taxation.”

The formula to calculate the transfers, and to whom, measures fiscal capacity averaged over three years, with a two-year lag. So eligibility for equalization depends not on a province’s circumstances today, but on earlier comparative capacity.

It is not that Newfoundlanders in need are undeserving of federal help. But receiving equalization, even if it were available now, does not strengthen the province in the long term. Without putting its fiscal house in order, Newfoundland and Labrador would fall once again in the equalization trap of dependency.

From a common-sense perspective, fixing Newfoundland and Labrador’s perilous public finance situation will require robust political will and better public policies, especially with equalization out of the cards. To boot, federal government intervention will not fix the problem of (mis)managing the province’s resource wealth and its overspending.

If oil-based tax revenues, which are known to fall victim to boom and bust cycles, had paid down debt or had been saved for the future, the province would have options to cushion the shock of the past two years. Instead, provincial capital spending increased by over 400 per cent over the last decade, while per capita program spending went up 55 per cent. From 2010 to 2015, net debt per capita in the province rose from $15,748 to $19,573.

It is difficult to predict when commodity prices will decline. This is all the more reason to spend wisely when times are good.

Our new study “The Size and Cost of the Public Sector in Atlantic Canada, 2015” explores one source of Newfoundland and Labrador’s fiscal woes. The paper shows that the province’s public sector ballooned in size over the period we examined. In 1997, it employed 84 people per 1,000 residents, nine above the national average. Today it employs 109 per 1,000, 25 people more than the Canadian average. At the province’s average rate of compensation, the cost of employing so many people above the average was $986 million last year.

People commonly argue that Atlantic provinces need more public employees properly to serve their smaller and sparser populations. This is true to some extent; no one expects that Ontario, with its significant population concentration, will need as many public servants as we do on the East Coast. But the serious disparity between Newfoundland’s 109 public servants per 1,000 residents and New Brunswick’s 81 is too large to dismiss.

Newfoundlanders should ask whether their services are 35 per cent better than New Brunswick’s. Or whether perhaps New Brunswick’s government has been more disciplined about public employment in recent years.

Newfoundland and Labrador might begin a path toward fiscal recovery by reducing gradually its large public-sector wage bill. Taking the brave step of bringing the public sector to within the province’s means would provide a more sustainable relief from spending obligations and a far more desirable approach than the expectation of falling back into the trap of federal dependency that the province fought so hard to escape.

Some federal relief to Newfoundland’s economy is warranted. But more than the collapse of commodity prices has placed the province in its current fiscal bind, and no comprehensive, lasting solution can be achieved without tackling the heavy size and cost of the public sector in the province.