AIMS Research Fellow Joseph Quesnel argues that there is a difference between the constitutional obligation to consult with First Nations on pipelines, and giving them a veto on same. Instead, “Ottawa must work with Atlantic and other First Nations across Canada on ensuring indigenous communities derive maximum benefit from development.” Read this piece on the Telegraph-Journal website. 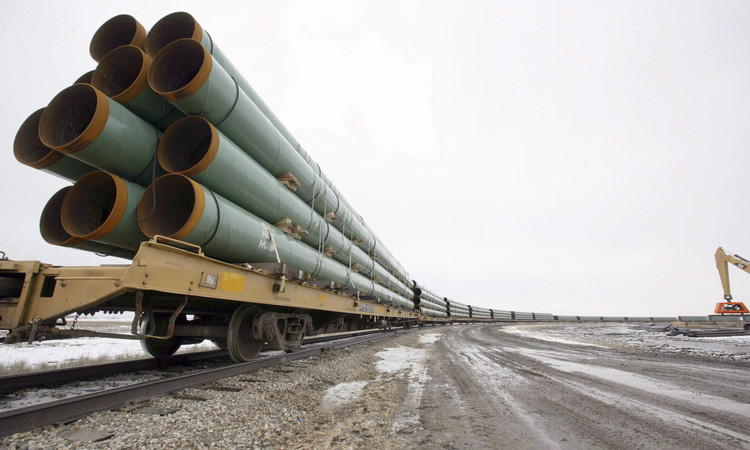 As First Nation chiefs from Atlantic Canada and elsewhere declare their opposition to TransCanada’s proposed pipeline, the federal government must state that a right affirmed by our courts to be consulted and oppose is not the same as a right of veto over resource development.

Ron Tremblay, Grand Chief of the Wolastoq Grand Council in New Brunswick, said he believes Canada’s adoption of the United Nations Declaration on the Rights of Indigenous Peoples (UNDRIP) gives First Nation communities veto power over natural resource projects – including Energy East, which would transport oil from Alberta to New Brunswick. The $15.7-billion, 4,600-kilometre project is expected to deliver 1.1 million barrels a day of crude oil to Canada’s largest refinery and an export terminal in Saint John.

Energy East will be good for New Brunswick, a province that is struggling economically. The project will boost the province’s GDP by $6.5-billion, add $850-million in tax revenue and create 3,800 good paying jobs during the construction phase. But its future is in doubt.

Indigenous Affairs Minister Carolyn Bennett recently removed Canada’s “objector status” to the UNDRIP. The previous Conservative government had objected to parts of the Declaration they argued interfered with Canada’s Constitution and court rulings.

Perhaps the Liberals are realizing the radical implications of fully supporting UNDRIP after criticizing the Conservative government for its guarded support.

As the National Energy Board has launched its two-year review of the Energy East pipeline, more indigenous leaders are declaring their opposition. The Assembly of First Nations of Quebec and Labrador passed resolutions condemning the pipeline and the whole regulatory process. The organization highlighted UNDRIP’s declaration that Indigenous communities have a right to, “free, prior, and informed consent” on natural resources projects affecting their traditional territories.

Until now, Canadian courts have granted indigenous communities’ clear rights to be consulted and accommodated on resource projects, but have shied away from actual veto power. Supporters of UNDRIP, including some legal scholars, contend that fully implementing the Declaration would give these communities effective veto.

Granting a veto would be a recipe for extensive gridlock in building projects and could present significant challenges for the economic development of our country. A veto would send wrong signals when investors are already working with First Nations.

Thanks to a series of court rulings supportive of the indigenous side, resource companies know that early and ongoing engagement with indigenous communities at all stages of a project is essential to getting projects off the ground. Courts have found governments and corporations negligent of not consulting and/or accommodating enough with indigenous communities. Indigenous communities can already stop a project in its tracks while legal issues get sorted out, sometimes leading to the re-thinking of its viability. Court injunctions can already stop a business project dead in its tracks. But, when projects are halted, First Nation and Metis communities are also left with no benefits.

Canada’s regulatory processes have tried to address indigenous concerns about resource projects, including pipelines. National Chief Perry Bellegarde of the Assembly of First Nations has said: “We want job creation and wealth creation, but not at the expense of hurting the land and the water.” That is a legitimate concern and is properly dealt with through stringent environmental assessment processes. Moreover, pipelines are the safest means of transporting crude.

In response to some vocal Indigenous resistance to pipelines, the Indian Resource Council, an organization representing Aboriginal communities supportive of the oil and gas industries, has tried to have their voices heard in the debate. They stress how aboriginal communities linked to the energy economy are suffering due to the drop in oil prices.

Ken Coates, a researcher at the University of Saskatchewan, recently released a report for the Council, underlining how aboriginal communities are already big players in energy and minerals development. First Nations, he said, benefit from billions of dollars held in trust funds from resource development. Hundreds of aboriginal development corporations across Canada employ aboriginal peoples in this sector. Resource development means jobs and opportunity for indigenous people.

Rather than toy with a destabilizing veto, Ottawa must work with Atlantic and other First Nations across Canada on ensuring indigenous communities derive maximum benefit from development – including ownership stakes. Bands, in turn, should look to partner with resource companies, not kill projects that benefit all Canadians.