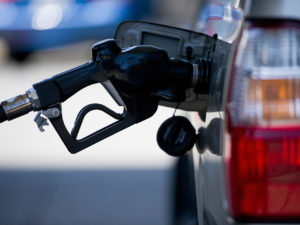 If there ever was a federal carbon tax consensus in Canada, it’s now dissolving. Rumours of its death have been floating for some time, but the recent Prince Edward Island announcement rejecting it has the feel of an unofficial invitation to its wake.

It’s not really that simple. But P.E.I. has added itself to the list of carbon tax opponents, after Premier Doug Ford added Ontario to the same list. And the list is growing.

What is significant about P.E.I.’s announcement rejecting the federal carbon tax is that it has now provided cover to Premier Brian Gallant of New Brunswick to muse about opposing it, too. Gallant had previously declared that his province would not impose a carbon tax or a price on carbon, and would let the federal default kick in. Non action defaulted to federal action, so his musing about opposing the tax now is a serious change in direction.

Equally significant about P.E.I.’s announcement is that it removes political partisanship from the debate. Up until mid July, opponents of the federal carbon tax seemed to be exclusively conservative. Saskatchewan Premier Scott Moe and Alberta Opposition Leader Jason Kenney were manifestly against the tax, in addition to other provincial counterparts. Moe’s government has even initiated a court challenge against the federal plan, which has now been joined by Ontario’s recent Conservative arrival, Ford.

But P.E.I. has a Liberal premier and so does New Brunswick. Neither P.E.I Premier Wade MacLauchlan nor Gallant can be credibly accused of being anti-environment or climate-change deniers. Opposition to the carbon tax is not determined by political partisanship.

P.E.I. Environment Minister Richard Brown gave us an indication of the determinants of his government’s decision. Reportedly, he said the decision was made in order to protect islanders. He also said that he couldn’t see how raising taxes was going to add to what his province was already doing to reduce emissions.

Implied in that statement is the question that the prime minister and the federal minister of the environment have not been able to answer in full: How does increasing taxes on Canadians result in fewer carbon emissions?

Implied is also the equally practical matter of evaluating policy by its outcomes and not by its stated intention. Good intentions alone don’t guarantee that something will work well or that it will work at all. Well-intended policy is often harmful. P.E.I.’s challenge to the federal carbon tax is clearly skeptical of the tax’s intent in favour of what’s known to work. What’s known to work are provincial policies in Nova Scotia and P.E.I. that were reducing emissions without a federal carbon tax.

So what will Newfoundland and Labrador do? The province has not made any moves to adopt the federal plan, nor has it rejected it. But given his province’s fiscal circumstances, Premier Dwight Ball now has even fewer choices.

Newfoundland and Labrador is plagued by a disastrous fiscal trifecta: the collapse of international oil prices left a big hole in its revenue stream, now coupled with declining production even as prices improve; massive cost overruns on its giant electricity project at Muskrat Falls; and the weight of the inordinately bloated and costly provincial public sector.

In order to deal with its financial issues, the province has had to impose plenty of new taxes and fees, including a tax for the sheer privilege of living in Newfoundland. If there was a list of jurisdictions in Canada that need a new tax, Newfoundland could be at the very bottom. Nova Scotia and Manitoba may fight to be runners-up.

Whether there ever was a consensus on a federal carbon tax in Canada is now moot. But it does seem like this ideologically-driven carbon policy is being rejected by the practical concerns of a majority of provincial governments representing a majority of the population.

The federal carbon tax is dead in the water and Canadians know that’s a good thing.

There’s a funeral on the horizon and that’s good news for already overtaxed economies, including those in Atlantic Canada.