AIMS Research Fellow Joseph Quesnel discusses the success story of Membertou First Nation in Cape Breton, which has prospered by keeping its land holdings in the free market. By choosing not to convert their holdings to reserve status, the Nation has kept its land more productive, even after paying taxes. 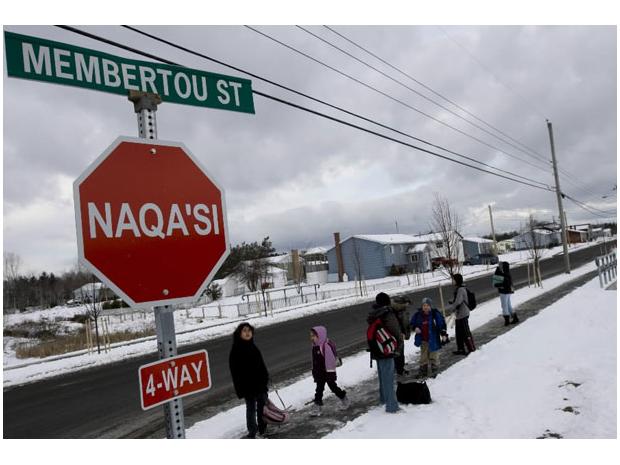 To help First Nations convert more of their land into urban reserves — First Nation-owned land that Ottawa has designated as reserves, complete with tax-exempt status — the federal government has decided to make changes to its Additions to Reserve (ATR) policy.

In 2014, economists with the Fiscal Realities group studied six First Nations located near urban areas. It found that urban ATRs offer significant economic and fiscal benefits to First Nations, regional economies and local governments. Economic growth, it seems, is good for everybody.

The Membertou First Nation, an indigenous group in Cape Breton, N.S., has discovered the benefits of keeping land outside the reserve system. The community owns land outright in fee simple estate, the highest form of property ownership in Canada.

Fee simple, or what we simply understand as the free market, exists everywhere in Canada, except on reserves. These land holdings can be sold or transferred to anyone and pledged as collateral for loans. The upside to fee-simple ownership is that land can be used productively: unlike tax-free urban reserves, they don’t have the weaknesses of being held like a socialist collective.

In 2012, Manny Jules, chief commissioner of the First Nations Tax Commission, told the Senate Committee on Aboriginal Peoples that: “The problem with ATRs is that they make formerly productive lands unproductive by converting valuable fee-simple land into Indian reserves. Reserve lands are generally about one-tenth as productive as other lands in Canada. They are subject to systems of governance and land tenure that make it very difficult to do business or attract investment.”

Membertou has opted to maintain some of its valuable lands as fee simple and has no plan to convert its commercial developments to reserve status. Like some other indigenous communities, its realized that conducting business in Canada’s market economy is provides more benefits than being left out of it, even after paying taxes on economic activity.

Dan Christmas, Membertou’s senior adviser, stated in an interview that, “One of the big reasons is if you leave it as Membertou Development Corporation lands, you could use that land as collateral for any financing or loans. If we converted it to reserve lands, we couldn’t use it as collateral, and that severely limits your ability to borrow.”

Christmas also identified the loss of value inherent in converting productive lands to reserve lands. He said that the community generates so much revenue by leaving the land in fee simple. Paying taxes, he said, is a cost of doing business. What matters is the success of turning fee simple land holdings into growth-producing economic activity.

This indigenous community demonstrates why First Nations should have the choice in holding their own lands as tax-free urban reserves or as fee simple to maximize value. Indigenous communities need as many ways to develop economically as possible.

As the economist and Nobel laureate Milton Friedman rightly concluded, free markets solve many problems that confound bureaucracies. Greater wealth and opportunity is created in societies that embrace markets instead of central planning. Empowering aboriginal communities with more economic tools means that First Nations can take control of their own futures. Like their non-First Nations counterparts, they would be “free to choose” how best to improve their daily lives.