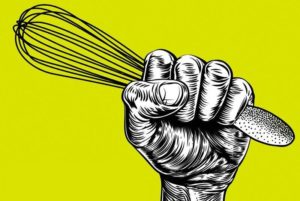 Originally published in the Telegram

Newfoundland and Labrador’s finances exist in a fog.

Our 40 members of the House of Assembly are constitutionally required to deliberate and vote on billions of dollars’ worth of spending contained in budgets, supplementary estimates and program proposals annually. And yet outside of those select few MHAs who bear the title of finance minister or premier, our elected representatives lack full access to the Finance Department’s technical expertise.

In short, MHAs — and, indeed, the public — operate in the dark when it comes to weighing the financial implications in their decision-making. One way to rectify this is to establish an independent, non-partisan source of budgetary analysis: a legislative budget officer (LBO).

Recent events have illustrated the acute need for an LBO-like function. In 2016 alone, MHAs had to contend with $8.5 billion in expenditures, a $1.8-billion deficit, collapsing oil prices, skyrocketing costs on the Muskrat Falls hydroelectric project and nearly $15 billion in debt. Amid such overwhelming numbers, MHAs were tasked with having to make sweeping decisions that would affect the province’s residents by raising taxes, cutting services and avoiding a path that would see the provincial economy going over the proverbial cliff.

Getting a grip on the complexities of government revenues, expenditures, assets and liabilities is no easy task, but an LBO could go a long way in both directly advancing the financial policy knowledge of MHAs and in countering the governing party’s political spin on financial information presented to the public. Advancing the idea of an LBO, Newfoundland and Labrador would be following in the footsteps of the federal Parliamentary budget officer (PBO).

A Newfoundland and Labrador LBO would take the PBO as its template. Established in 2008 and focusing exclusively on federal government spending, the PBO traces its origins to a 2006 Conservative Party of Canada election promise. As an independent officer of Parliament, the purpose of the PBO is simple: to provide independent analysis to MPs and senators on a wide range of fiscal concerns in order for them to improve their ability in “scrutinizing the raising and spending of public monies.”

In contrast to the federal Office of the Auditor General, which focuses on retrospective analyses of federal government programs, the PBO takes a prospective approach. With a mandate to conduct analyses on any matter under federal jurisdiction, the PBO produces semi-annual reports on government’s current and projected estimates; quarterly reviews on all federal program spending; reports detailing national economic and labour trends, and on the long-term sustainability of public pension plans; and examines federal-provincial/territorial concerns (for example, federal spending on post-secondary education). The PBO is also tasked with analyzing demographic trends and new economic developments, as exemplified in the 2015 study measuring the impact of lower oil prices on Ottawa’s finances.

Additional ideas for research topics can be requested by any MP or senator and can be submitted to the PBO by email or telephone. MPs and senators also have the option of being anonymous even though the requested study will be made public.

Overall, the PBO experiment is seen as a success by its office-holders and users. However, challenges persist. Despite having statutory authority to access government data, the PBO has had trouble with producing timely reports because of “informational asymmetry with other branches of government.” The length of time a department or agency takes in providing information to the PBO has contributed to delays in producing reports, which have ranged from a few months to up to a year.

The governing party has also, at times, not taken kindly to the PBO when its assessments openly question the validity of government policy stances; during the Stephen Harper era, this situation led to very public tensions with the PBO.

Still, in light of such constraints, PBO staff have established themselves as a valued resource for MPs and senators alike in their deliberations. The PBO has also solidified its reputation by presenting information that runs counter to the political spin of the governing party. In fact, the Trudeau government is pushing for empowering the PBO to cost party platforms during elections. This success has been attributed to the mix of informal and formal methods used to obtain information: the non-partisan, independent reputation of the office among civil servants; strong working relationships with government actors; the ability to call on global, subject matter experts for advice; occasional court action; and a philosophical view best espoused by former assistant PBO, Sahir Khan: “For each issue the PBO deals with, half of parliament will like what the PBO produces, and half won’t; the problem is that it’s always a different half.”

While no single solution will completely resolve Newfoundland and Labrador’s current economic and fiscal crisis, a legislative budget officer would, at least, ensure that elected officials are informed in their deliberations. Even though the province does not need more public sector employees than it already has, the initial cost to set up and maintain an LBO would be offset by the improved financial literacy of MHAs. Ignorance could no longer be an excuse for costly oversights.

Jeffrey Collins (Political Science, Carleton) is a PhD candidate at Carleton University and a research associate with the Atlantic Institute for Market Studies (AIMS).