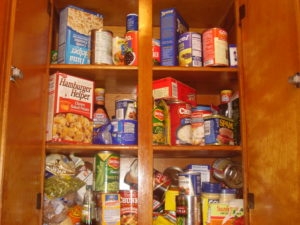 Everywhere on social media, Canadians are encouraging one another to go “Trump-free” — that is, to shop for groceries without buying a single American product. Even restaurants are jumping on the bandwagon by serving “Trump-free” dishes. These are interesting reactions in the face of Washington’s somewhat contradictory foreign trade policies.

The “Buy Canadian” campaign targeting food products is nothing new. We have shown our solidarity in the grocery store before. Canadians tend to rally and support specific sectors when these are faced with adversity. In 2003, during the mad cow crisis in which the cattle industry took a $7b hit, Canadians showed their love for Canadian beef, so much so that Canada became the first country in the world to see its domestic demand for beef go up after its first native mad cow case. But this support was short-lived, compared to the crisis itself, which lasted over two years. In this case, retail sales for beef in Canada remained high for about the first nine months, and then decreased steadily afterwards. This is because consumers have busy lives, fixed habits, and most important, specific budgets. Once the media had moved on to the next crisis, most people had already forgotten there had ever been a mad cow crisis in the first place. Many Canadian farmers ended up losing their farms, because of mad cow. But the public tends to react to things that are front of mind, and that affect them directly.

Trade disputes are notorious for their capacity to damage economies, affecting everyone involved. We trade for a reason. Some nations can produce certain goods at a lower price than others. A nation’s competitive advantage can both develop its own economy and serve other economies in need of innovative products they can’t produce themselves for one reason or another. With food, however, innovation is not nearly as big an issue as food security. Food systems operate with the premise of serving a budget-stretched consumer. Studies have shown we are bargain hunters, whether we realize it or not. Food is temporary, and as such, cannot help consumers integrate into a certain social class, perceptually speaking. Unlike durable products, consumers cannot show off their new jam, strawberries or freshly purchased chicken. This is the nature of “cupboard economics.” People can visit a beautiful home but never see what’s kept inside the cupboards. At the restaurant though, it’s different. Here, the “Buy Canadian” campaign is more fitting.

Patriotism ranks second to price. This is the ideal time of year to use patriotism to justify some of our retail purchases. As Canada Day approaches, more consumers will feel the urge to buy Canadian, and why not? But here again, consumers are fickle and will opt for the product which offers the best quality for the lowest price. In other words, they will most often choose the lowest priced item, regardless of country of origin.

But here’s another reality while consumers are on their quest to find Canadian products. The highly integrated nature of both economies plays out on our grocery store shelves. Many American food products have at least one Canadian ingredient, and vice versa. Defining what a Canadian product is can be tricky. In the produce section, for example, it is easy to choose Canadian items over American ones, since fruits and vegetables are clearly labelled as to country of origin. It is much less obvious with processed goods. Finding a maple leaf on the package is only half the battle. Many ingredients in packaged foods come from elsewhere, since current regulations only require Canadian manufactured food products to undergo the last stage of processing in Canada.

In  short, if we want to be assured of buying Canadian, we should go out to eat Canadian more often, or buy fresh products in the grocery store. Kudos to those for Canadians willing to do so. However, if our trade war with the U.S. escalates, not only will we not have a choice in buying Canadian, it will also cost us a lot more to feed ourselves.