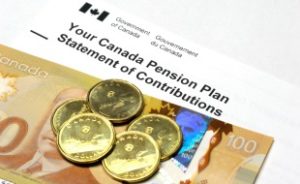 The federal government began 2019 by taking a bigger bite out of workers’ paycheques, with the combined employer and employee CPP payroll tax rising from 9.9 percent of earnings to 10.2 percent, the first of five annual payroll tax hikes. By the time the CPP tax hike is fully phased in, a worker earning $60,000 will pay $380 more in taxes each year, and their employers will also be paying $380 more.

Unfortunately for workers, in addition to paying the employee portion of the tax, they will bear part of the economic cost of the employer portion of the tax hike in the form of lower wages. That’s because when the government raises the business cost of employing workers, businesses do not find it as profitable to hire as many workers unless they can offset the additional cost by reducing wages or slowing the rate of future wage increases.

In addition to reducing wages, the tax hike will reduce employment at the margin. When the government makes employment more expensive – to both the employer and the employee – the sure result is that there will be less employment. This is particularly bad news for Atlantic Canada, since the region has persistently the highest unemployment rates and the weakest labour markets in the country, to go along with the heaviest overall tax burdens.

The federal payroll tax hike only makes things worse, and is exacerbated by other tax hikes – including carbon and fuel tax increases, and income tax hikes in the form of bracket creep in Nova Scotia and Prince Edward Island where income tax brackets are not indexed to consumer price inflation.

Those who support the CPP expansion claim that it helps workers save for retirement, but this is false. The CPP is not a retirement savings account, and a worker who pays into the CPP is not saving for his or her retirement. The CPP is simply a transfer of income from workers to people who are currently retired, because payments made by workers today are used to finance benefits to retirees.

But even supposing, incorrectly, that the CPP was a program through which people saved for their own retirement, would expanding the CPP then be justified? Certainly not, because even then the CPP would not help workers who want to save more. It instead impedes these workers by reducing the disposable income they can save through investment decisions that – unlike the CPP payments, which are mandatory – they make voluntarily.

Indeed, there are many good reasons why workers might want to save less for retirement than what the government dictates they set aside. For example, if a worker has a disease that will prevent him from reaching old age, and wants to earn as much income as possible today to leave to his family, does it make sense for the government to tax away his income and tell him that it is helping him save for retirement? Surely not.

It is folly to imagine that politicians in Ottawa have a greater incentive to ensure that workers’ personal finances are carefully managed, or that politicians have greater knowledge of workers’ preferences as to how their savings should be invested, than those workers themselves. The CPP tax hike, far from enriching Canadians by helping them save more, only shrinks workers’ incomes and makes them worse off.

Matthew Lau is a writer with the Atlantic Institute for Market Studies.